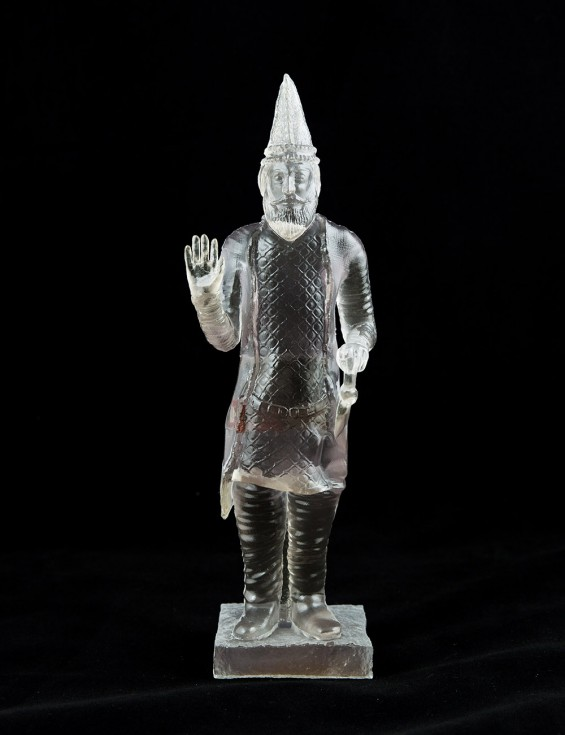 The artist Morehshin Allahyari has made a series called “Material Speculation ISIS” which are replicas of artworks destroyed by the Jihad extremist group. In a coo which recalls Nazi Germany and other Facist regimes ISIS has been systematically looting and destroying precious artifacts in Syria and Iraq. In response to this, Iranian-born Allahyari has produced a series which stands as a reminder of her culture’s history. Artwork serves as a link to a nation’s past. The ideas reflected in Allahyari’s work include that by taking over a nation you also destroy their history. The act by ISIS shows that art and artifacts are still seen as strong examples of ideas which can sway a nation. ISIS firmly rejects idolatry and is one of the reasons so many statues are being destroyed.

Allahyari’s pieces are produced using a 3D printing technique combined with plastic and each have a usb drive inserted. The usb carries all important information about the original piece and whether it was looted or destroyed. The artist sees this as an attempt at activism combined with archival importance. The pieces are beautiful replicas done with much care and meaning. Most are miniature versions of the original and possess a delicate vulnerability.
3D printing is a relatively new technique which takes a photographic image and prints it according to 3D standards. It is a breakthrough technology for many artists who see it as another way to execute drawings and sculpture effectively.