Underwater Robot To Search For Signs Of Life On Europa

NASA’s underwater rover will be going to Europa in search of life. via dailymail

It could be the rover that finds life on another planet.

Nasa has revealed its undersea rover has been scouring an aquarium in LA before being blasted off to Europa.

There, it is hoped the small craft could scour the giant oceans to look for signs of life.

Provisionally called the Buoyant Rover for Under-Ice Exploration (BRUIE), this rover would normally float and have wheels.

Its wheels would roll along on the underside of ice, as if the ice were the ground.

Operating underwater, the rover would take images and collect other data to help scientists understand the important interface between ice and water. 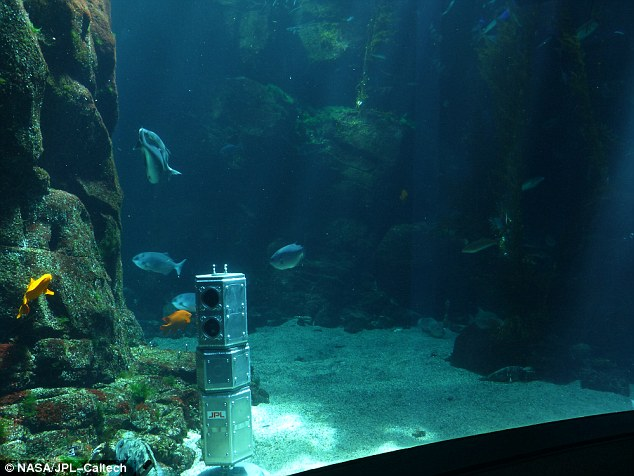