If you’d like to get some LEDs or analog strips blinking for your costume, prop or project, but don’t want to do any programming, you may want to try out the LED Magician! It’s kinda like a pre-programmed Arduino designed for driving LEDs, and has many built-in effects. Note it is not designed for use with ‘smart’ LEDs such as NeoPixels, DotStars, or other digital addressable LEDs. Best used with ‘bare’ LEDs or analog LED strips.

The LED Magician is an LED running light generator that is easy to install and use. It’s tiny form factor and design is ideal for all LED related installations such as costumes, movie or stage props, RC toys, robotics or even lighting mods for your car or bike! This is the product that adds blinking/fading/chasing sequences to your otherwise boring LED lights! 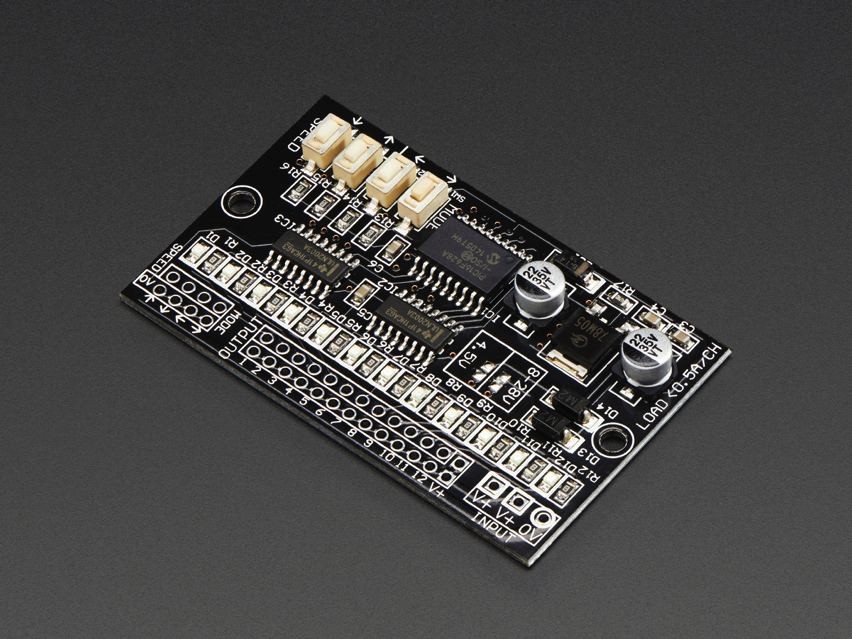 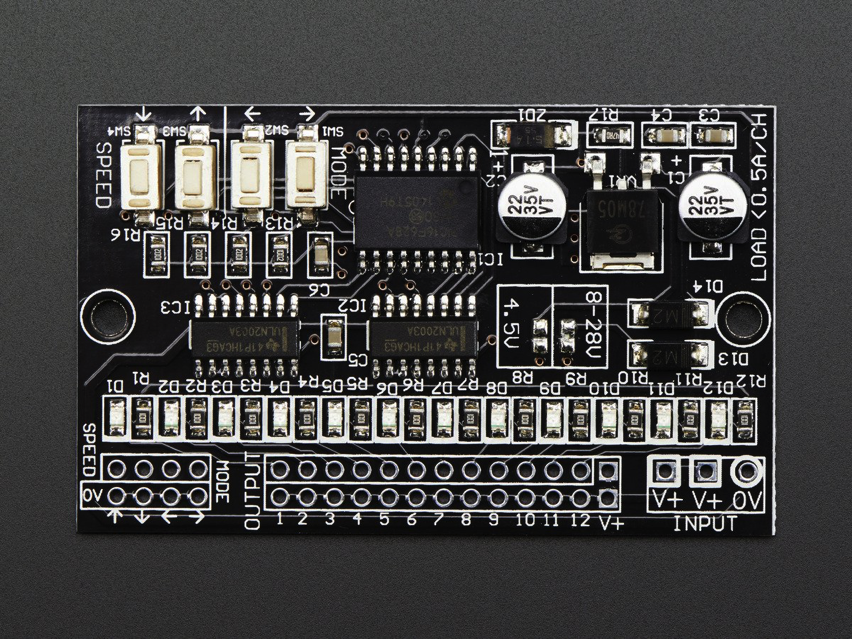 Works with any 4.5v – 28v lightings. With up to 500mA output across each of its 12 Channels, you can install up to 50 LEDs per channel or 100 LEDs per channel at 5mA each. It is also ideal in driving analog LED Strips! 32 Pre-programmed blinking/chasing/ fading/running modes with 8 variable speeds are controlled by 4 buttons on the circuit board. It also features 12 indicator LEDs that shows a preview of the current running sequence and a smart microchip that “remembers” your last settings even after poweroffs.

No programming or software required! 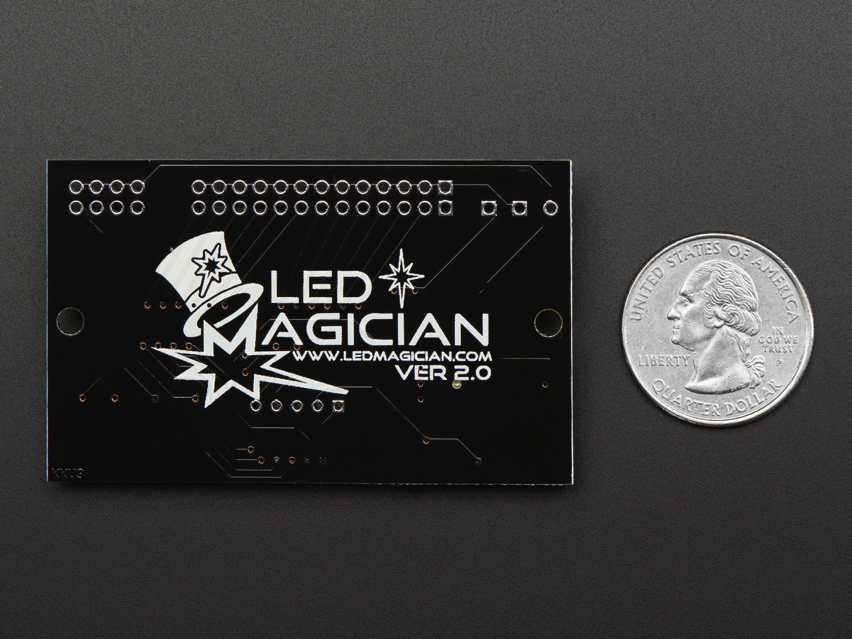