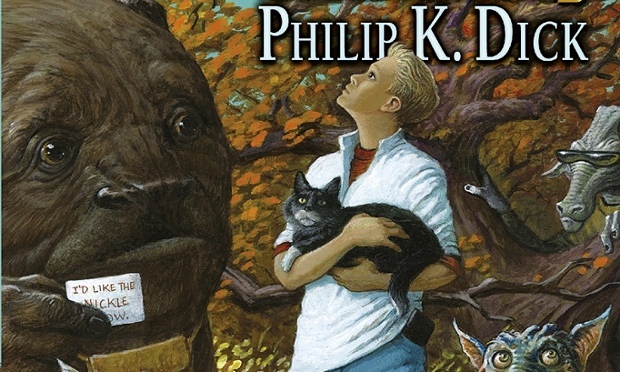 Exciting news for Philip K Dick fans! From The Guardian:

A boy and his family leave Earth on a “gentle” quest to save his cat, Horace – not the kind of manuscript you might expect from the “Shakespeare of science fiction”, Philip K Dick. But five decades after Dick’s publisher turned down the only children’s novel the author ever wrote, and more than 20 years since it fell out of print in the UK, Nick and the Glimmung will be brought to a new audience later this year.

Dick sent the manuscript to Doubleday in the late 1960s alongside his acclaimed time-slippage story for adults, Ubik, but his editor decided to decline. Nick and the Glimmung found a publisher in 1988, six years after its author’s death, but slid out of print around 1990. A limited run was produced by the US publisher Subterranean Press in 2008, but has since sold out. Gollancz are now due to release a UK edition in September 2015.