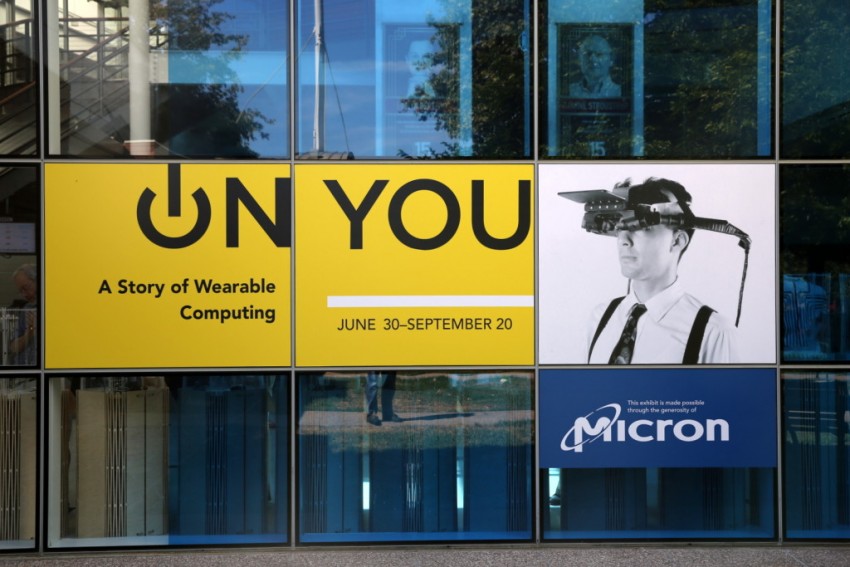 Hey wearable lovers, it’s time for a road trip to Mountain View, California to see this exhibit of vintage devices that have inspired the wearables of today. On You: A Story of Wearable Computing is at the Computer History Museum, according to a tidbit on Intel Free Press. The exhibit was put together by two Georgia Tech-ers Thad Starner and Clint Zeagler. Apparently Starner published a paper for the IEEE (Institute of Electrical and Electronic Engineers) back in 2001, which became the thrust for the exhibit.

Starner presented several critical challenges facing wearable computing including power and heat, networking, mobile input, and display, each of which is showcased at the exhibit, complete with wearable examples of the time.

I don’t know about you, but there’s something refreshing about discussing those little bugs that have kept wearables from being really amazing, plus it’s cool to have a compare/contrast with the history and current state of this tech. 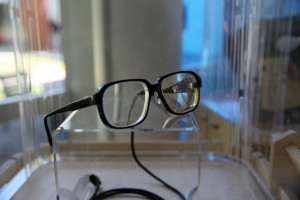 MicroOptical a set of prescriptive glasses designed by Mark Spitzer could be considered the pre-cursor to Google Glass. They have a monochrome display which is achieved through an LCD display at the earpiece which is projected and reflected. They were designed for Starner and supposedly the lenses were so heavy that they used to fall off his face. Add weight to the list of challenges back then. 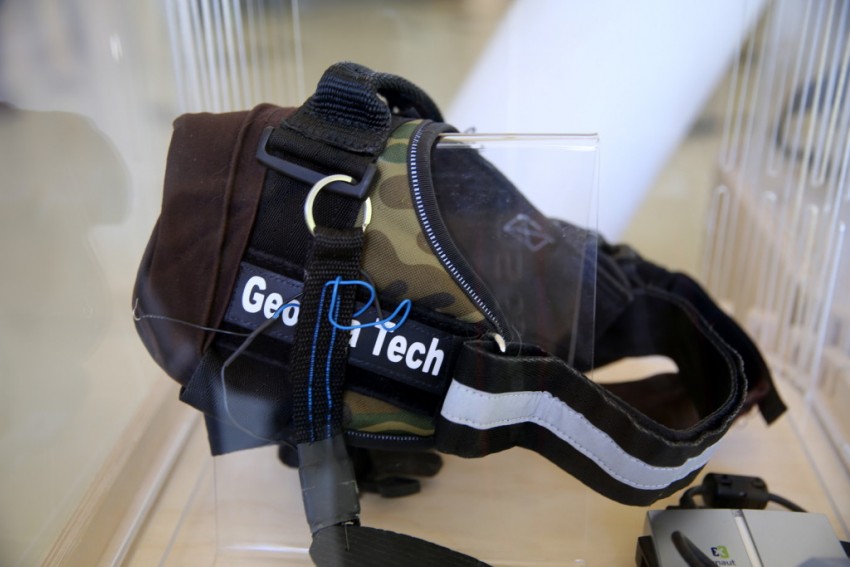 FIDO is an example of wearable tech for canines, which Zeagler worked on in 2013–the project continues today. It seeks to increase communication between handlers and assistance/rescue dogs and has been tested with both tug and bite interfaces. Bite seems to be leading so far, which doesn’t seem so surprising given that my Italian Greyhound loves to shred his furry squeaky toys.

Where is all this stuff headed? you might ask. Well, the phone is really the thing right now.

“The thing about wearables is that we have a cellphone that will do everything that we want it to do,” says Zeagler. “I think what you will see with wearable technology is peripherals that start to interface with that. I don’t think it will be one killer use or application; it’s going to be a killer existence.”

We know battery life is improving and fabrics are beginning to have embedded electronics. So far there still needs to be a bit of board to get to WiFi or BLE (Bluetooth Low Energy), but even that is reducing in size. So, now we can start looking at extending the distance of our phone or computer from our wearables. Also, the integration of customizable materials that marry bio with tech are allowing for more applications in the medical industry. So, the full package of humans as connected cyborgs is becoming less sc-fi every day. What do you think? I’m sure you’ll have your own predictions once you see this exhibit, and perhaps some open source solutions as well. For me, making wearables is interesting because it is something that you can create for your own interactions. There’s something really exciting about penning an idea and then later having it on your body. If you haven’t ever had the thrill, I highly recommend our book Getting Started with Adafruit FLORA. The FLORA microcontroller is a stitchable Arduino that now has a BLE  module available, so the connectivity you are seeking is ready to go. Feel what it’s like to sport your own wearable around town, just make sure you post your results in our FLORA forum. 🙂