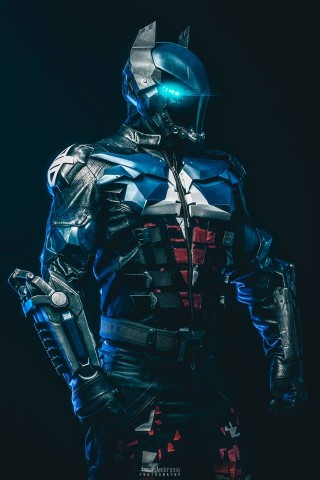 Batman: Arkham Knight was released on June 23 and introduced a new villain to the Batman-verse. Without spoiling his true identity, I can say Arkham Knight has a grudge against Batman and wants to make him suffer and then kill him. Also, Arkham Knight has really cool armor. Stevie Dee of Crimson Coscrafts — who has previously worked on an impressive suit of Batman armor — teamed up with Graphix Monster to create and 3D print the Arkham Knight ensemble. Crimson Coscrafts modeled it and Graphix Monster printed and finished it. The completed costume was photographed by Lucas Ambrosio, and the shots look like they’re screencaps from the video game. The armor with the lit helmet is striking enough, but Ambrosio’s work adds tons of ambiance. See the photo just below to see how a before/after of one of the pictures. 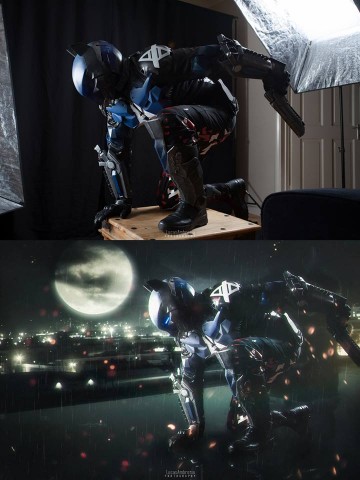 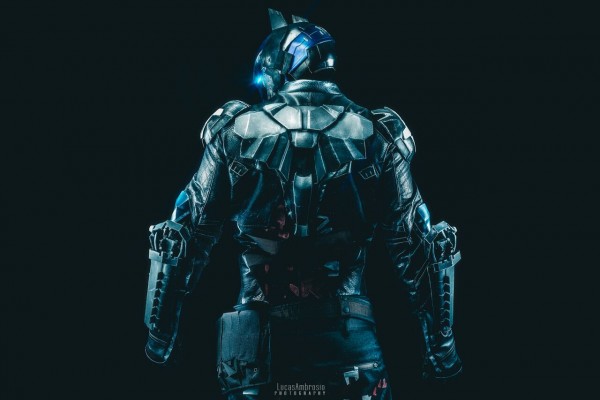 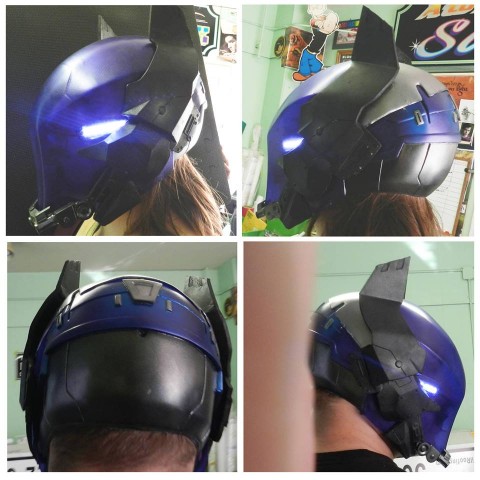 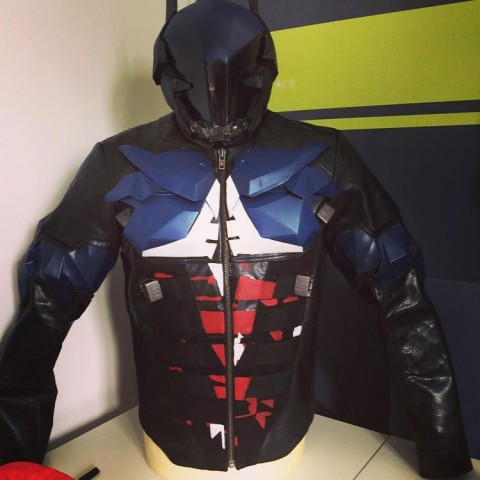