The first women’s museum in the UK?, Nope, Jack the Ripper museum 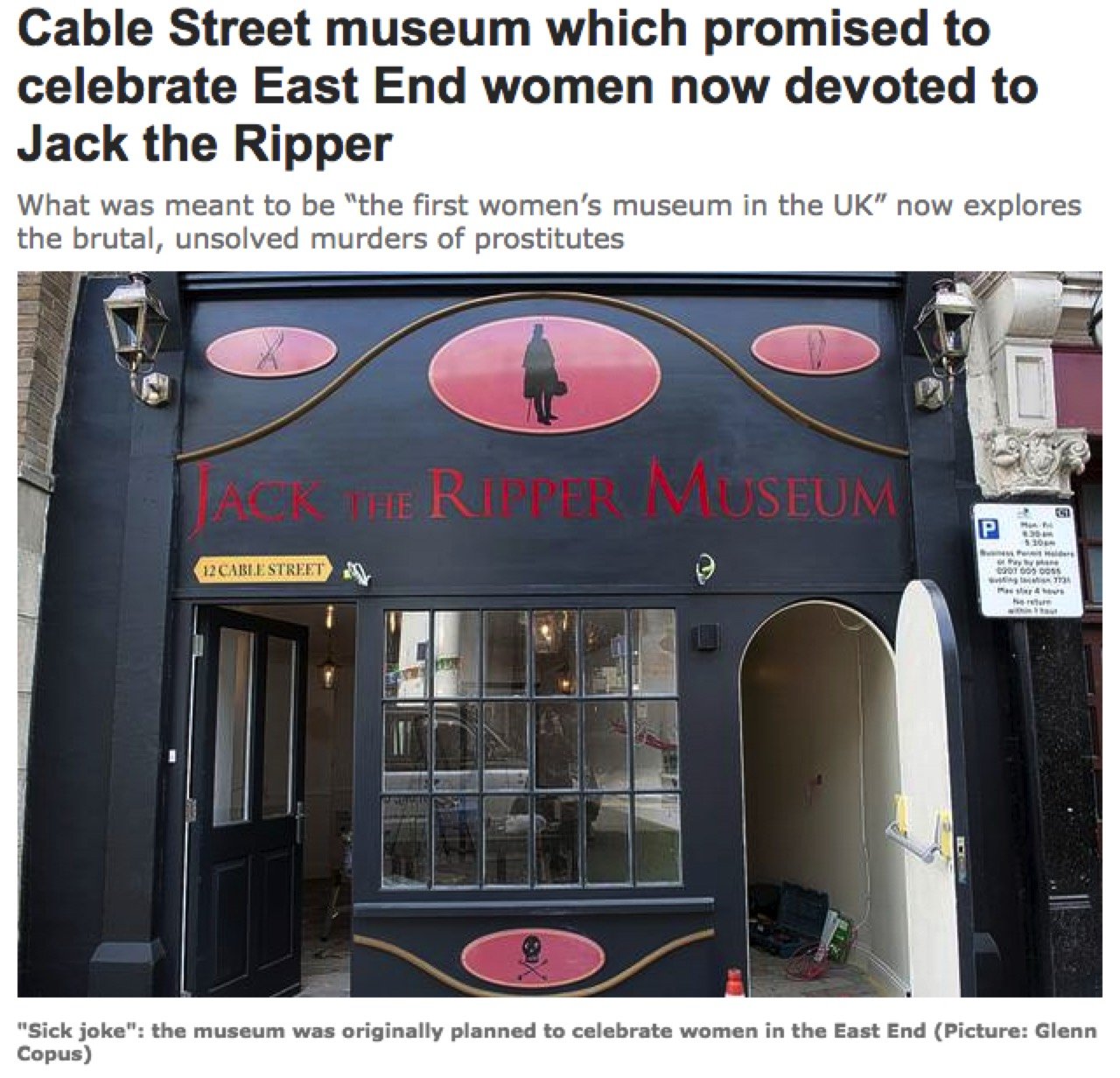 A museum devoted to Jack the Ripper was today branded a “sick joke” after it emerged that it was originally proposed as a celebration of women in the East End. Former Google diversity chief Mark Palmer-Edgecumbe, who is behind the scheme, promised “the first women’s museum in the UK” in plans given the green light by Tower Hamlets council last year. But when the covers were removed from the site on Cable Street in Whitechapel last week, residents were shocked to find its subject matter had changed to the brutal unsolved murders of prostitutes between 1888 and 1891.

Mr Palmer-Edgecumbe said: “We did plan to do a museum about social history of women but as the project developed we decided a more interesting angle was from the perspective of the victims of Jack the Ripper.

Read more. The museum COULD HAVE been about Ada, Countess of Lovelace, born in London, England, or ya know, any/all of these amazing women from the UK 🙁

Related:
Man Creating Women’s-History Museum Decides Last Minute to Make It Serial-Killer Museum Instead.
A Man Who Said He’d Build A Museum About Women Made It About Jack The Ripper Instead

We’re guessing this unfortunate event will encourage a positive change and a women’s museum in the UK will happen, post who’d you’d like to see and celebrate in the comments.

Comments Off on The first women’s museum in the UK?, Nope, Jack the Ripper museum