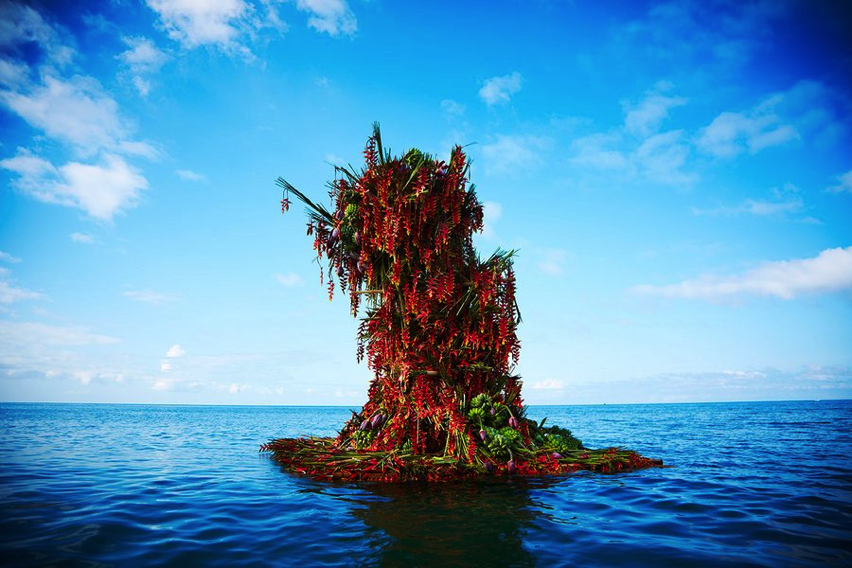 There are some places where flowers just weren’t meant to grow. Harsh environments like the stratosphere, where freezing temperatures and atomic oxygen permits only basic life forms to survive. But artist Makoto Azuma has taken it upon himself to create colorful bouquets of flowers in “environments where nature does not allow them to exist.”

His ongoing project, which he’s titled “In Bloom,” is now in its second iteration. And this time around Azuma and his staff traveled to the Hinoba-an Sea in the Philippines where they created a 13-foot flower bouquet made from 10,000 flowers and floated it in the middle of the ocean.

The 4-meter (13-feet) botanical structure was assembled using 10,000 heliconia flowers and 100 banana leaves. It was assembled piece by piece on the water as the raft, a simple structure typically used by local fisherman, bobbed up and down on the sea. “The ocean accounts 70% of the surface of the earth, and therefore it created magnificent stage for the project,” says Azuma. “A vivid contrast between expressions of the flowers that change every minute and the surrounding environment were recorded as a documentary.” That documentary can be viewed on their website. 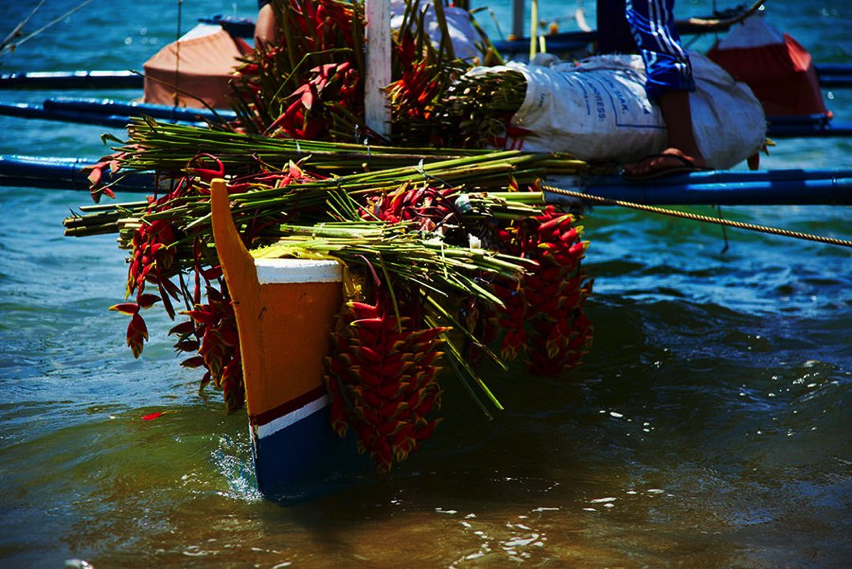 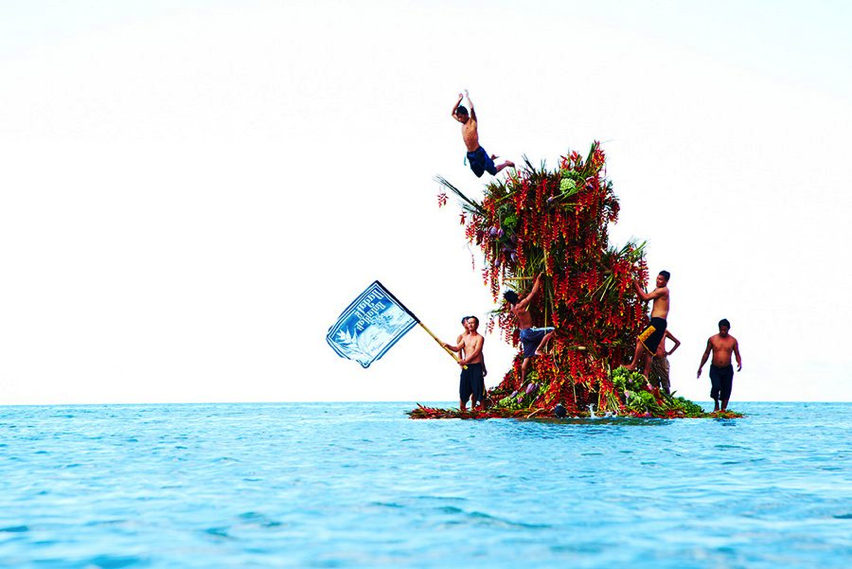