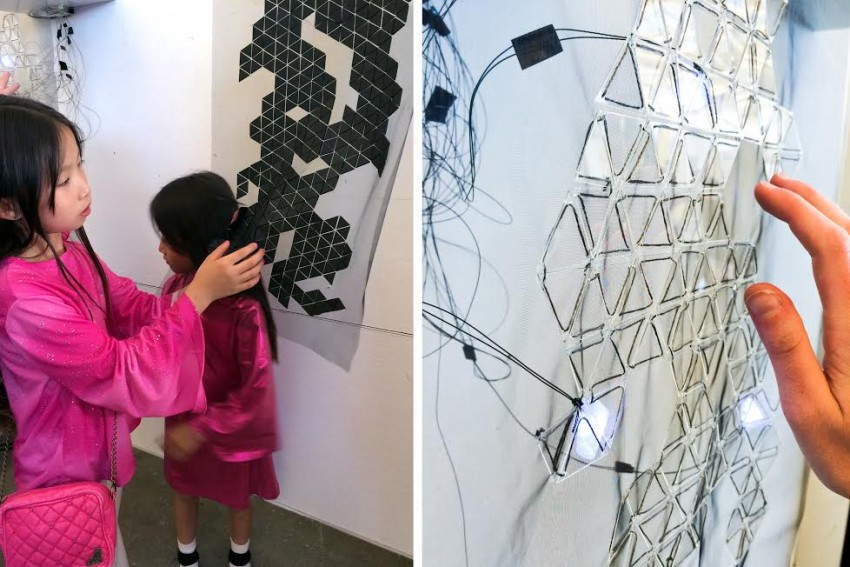 Brooke Francesi is very interested in process and decided to explore textiles from a different angle in her work–Responsive Textiles. This is her description of the project:

Humans are inherently drawn to objects and materials that satisfy multiple sensory triggers. I collaborated with He Zhang to question the dialogue between analog and digital to create connections between tactile interaction and proximity visualization.

Brooke was interested in creating two specific interactions–one piece was strictly tactile, laser cut mat board triangles glued to the back of organza. The other piece appeared tactile, but within the lasercut Plexiglas triangles were LEDs which would illuminate when someone approached. The magic was an Arduino using the Capacitive Sensing program with conductive thread, but it did take some tweaks along the way. 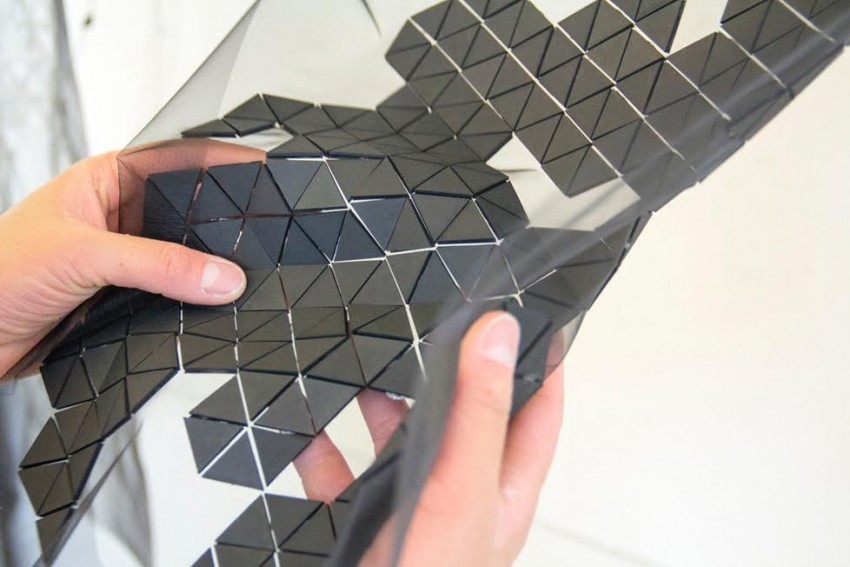 The most difficult part about this project was tuning the cap sensor code to different environments. We showed it at about 3-4 different events and each time it would take forever to get the proximity intervals correct in the code. The first time we had to make adjustments, I was wearing a vest with some metal on it which meant that the LEDs were lighting up when I was about 3 feet away! It took a second to realize what was going on. 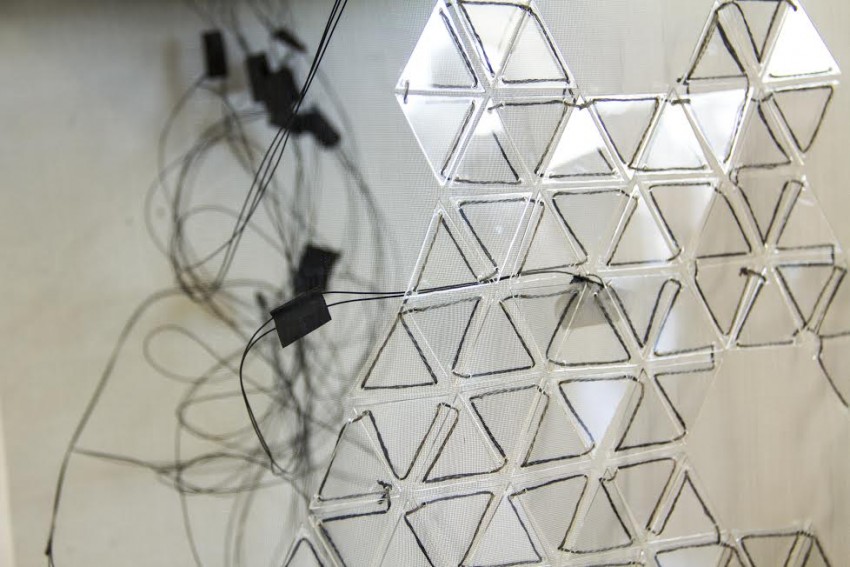 I really like these geometric textiles and the way they move through the hands. It was a nice touch to make them appear as inverses of each other, as well. Brooke said that people reacted with surprise with the LED piece and it became an opportunity for them to learn through the interaction.

Ideas like to build on each other and Brooke felt the project definitely resulted in something larger with future potential.

There are definitely possibilities, such as creating messaging (or lighting) on garments that appear as someone gets close to you. One of my favorite things as an artist and designer is creating situations that encourage people to interact with other people who they wouldn’t normally interact with, or encouraging interactions that wouldn’t typically occur in that particular situation.

Such an interesting project, and just a reminder that part of the magic is using conductive thread. So, maybe you should pick up a bobbin while you’re here. You can sew by hand or use it in the bobbin of your sewing machine. Think of the cool quilts you can make. 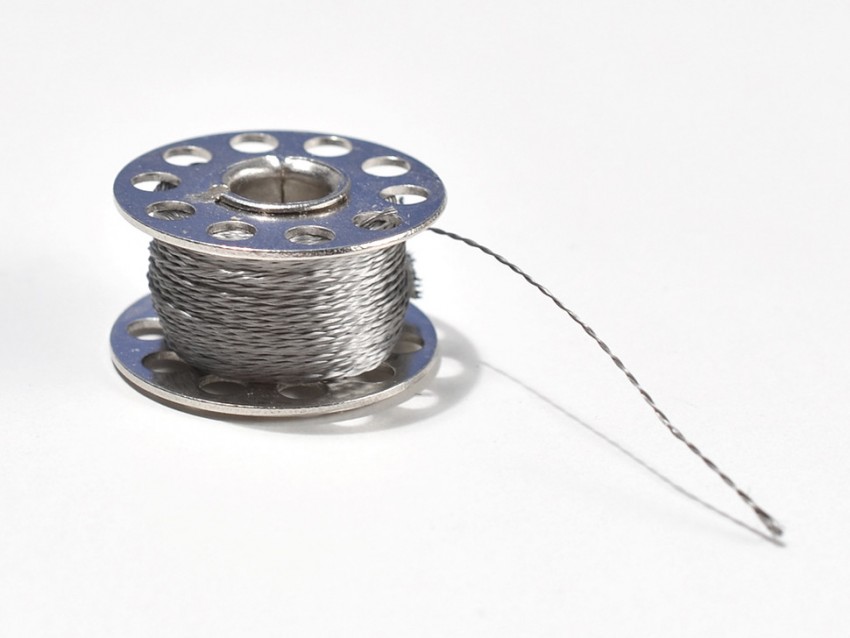 Comments Off on Responsive Textiles #WearableWednesday