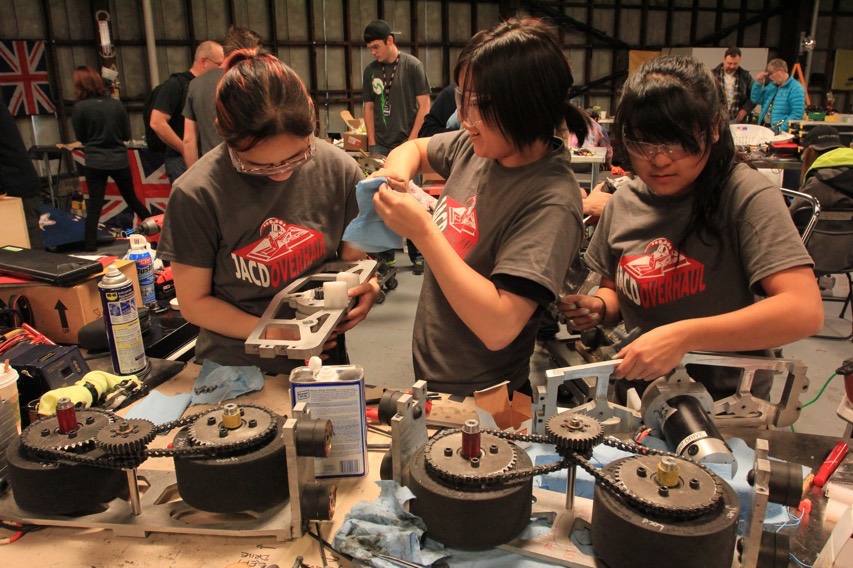 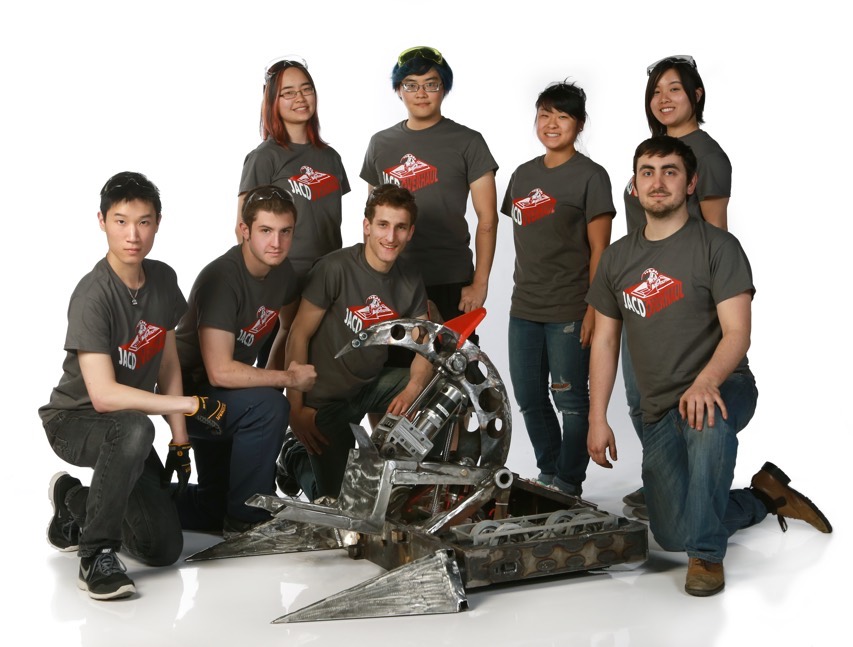 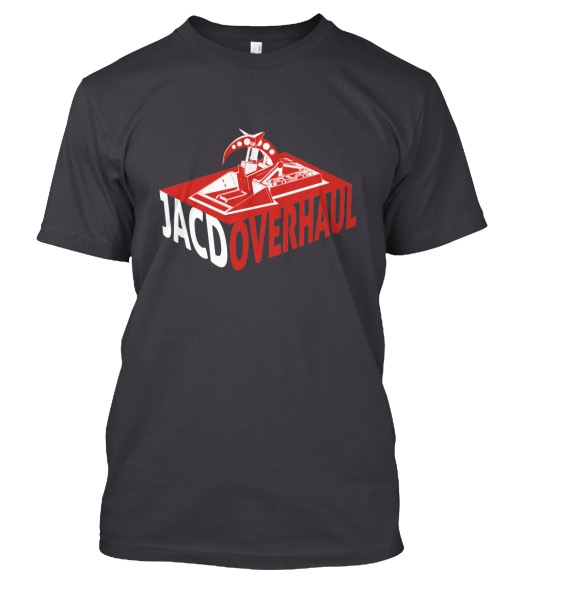 Team Overhaul from BattleBots now have shirts have shirts, they were recently on ASK AN ENGINEER!

Team JACD, a collaboration of Cambridge based robot builders, competed in the 2015 Battlebots show on ABC with their robot Overhaul. The team consists of 8 members: Jamison Go, Adam Bercu, Charles Guan, Dane Kouttron, Lucy Du, Hanna Lin, Cynthia Lu, and Andrew Berkowitz. Overhaul is a 250lb combat robot with modular feet, a welded steel frame, and a crusher jaw with a lifting arm.

Lucy Du is a 2014 graduate of MIT in Mechanical Engineering and is currently continuing her studies at MIT for a Master’s degree focusing in precision machine design. She enjoys building and making anything and everything, ranging from food to robots.
Hanna Lin is a 2014 graduate of Cornell University with an MEng in Biological Engineering. She currently works at SQZ Biotechnologies as an engineer, helping to build the next generation of intracellular delivery platforms along with designing experiments to validate and optimize these deliveries. Her hobbies center around creating things, such as robots and music.

Cynthia Lu is a 2012 graduate of MIT with a BS in Electrical Engineering, currently working as a designer and engineer at Vecna, a company creating solutions in robotics and healthcare. She likes building transforming props and drawing. You can read more about her exploits in her blog: cynaesthetics.blogspot.com

Filed under: ald, robotics — by adafruit

Comments Off on Team Overhaul from BattleBots now have shirts :) @BattleBots @battlebotsabc