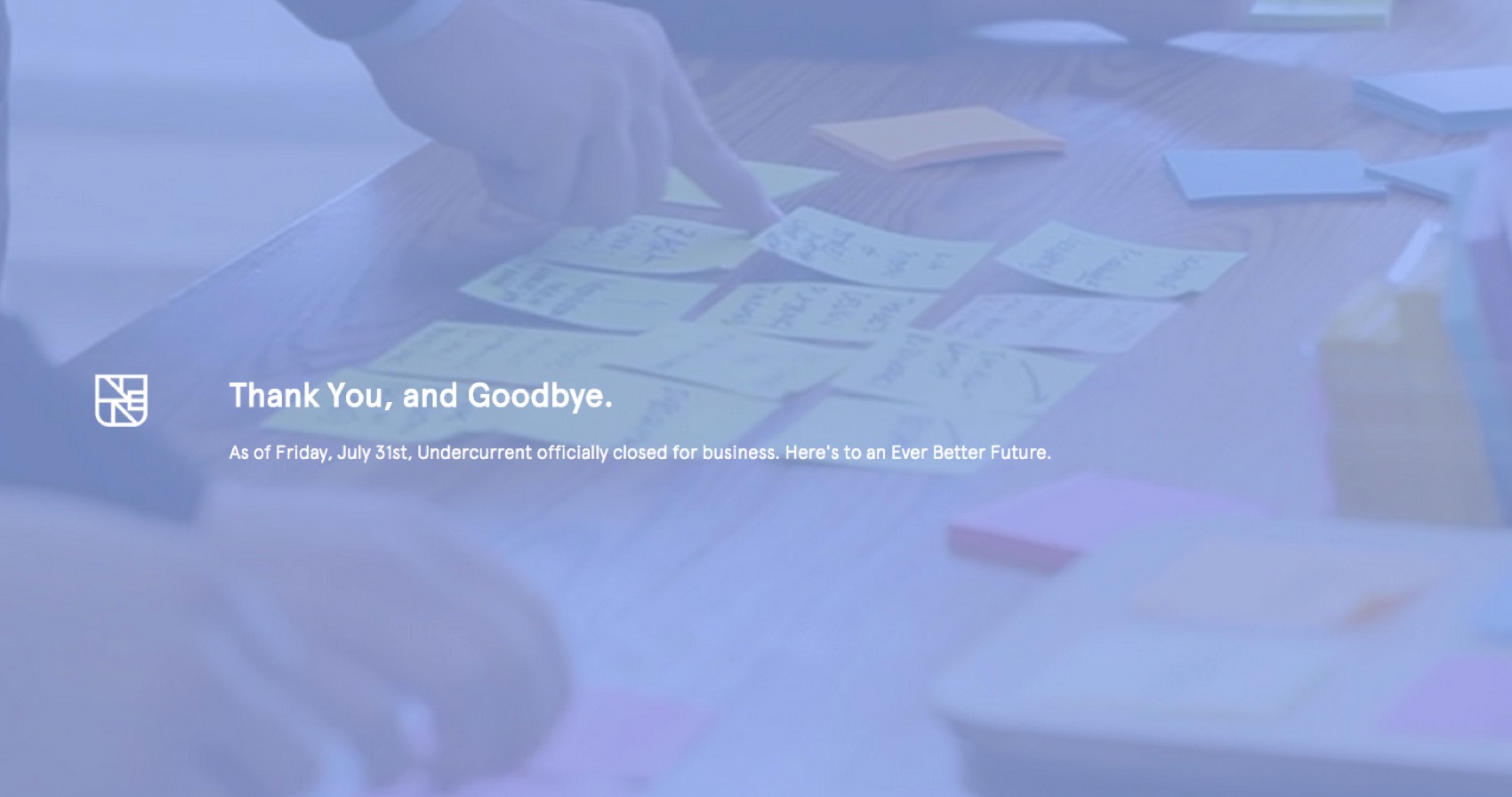 Undercurrent: An autopsy of a once-hot agency’s demise – Digiday.

“They’re smart as hell and massively talented” is how one agency CEO described it.

Be that as it may, Undercurrent, the 8-year-old strategic consulting and advisory firm, officially closed its doors last Friday, only a few months after a much-hyped sale to crowdsourced product company Quirky. It caused, as expected, an outpouring of affection on Twitter for founders Josh Spear, Rob Schuman and Aaron Dignan. The shutdown of Undercurrent is being taken by both agency and startup world as a cautionary tale for what happens when you stop being independent — especially poignant considering Undercurrent had been, by most accounts, successful.

Undercurrent, according to employees, was and continued to be profitable. But Quirky wasn’t: Reports about its financial woes circulated in the press for months. Quirky reportedly burned through $185 million in investor money and laid of 20 percent off its staff in the past eight months alone. It also ran into problems with Wink, its highly publicized connected home platform, which also wasn’t making money. A former Undercurrent employee said that for Quirky to keep Wink, possibly its only product with some growth potential, it had to get rid of some of its other operations. In the end, Quirky got rid of Undercurrent, which while profitable, was still fledgling, bringing in about $10 million a year.

Quirky and Undercurrent also had a relationship before the deal: Co-founder Spear was a Quirky investor and a “longtime friend and advisor” to Kaufman. At the time of the deal, Dignan lauded Quirky as “the invention platform that will power every company on the planet someday.” So it was surprising to outsiders that saw the shuttering of Undercurrent three months after its acquisition. Rather than competing with agencies, Undercurrent chose to provide brand strategy only, without delivering actual work.

Comments Off on Undercurrent, closed by @quirky #makerbusiness