Look at it! Years before translucent iMacs became a thing, Radio Shack sold a series of clear landline phones, including this number… 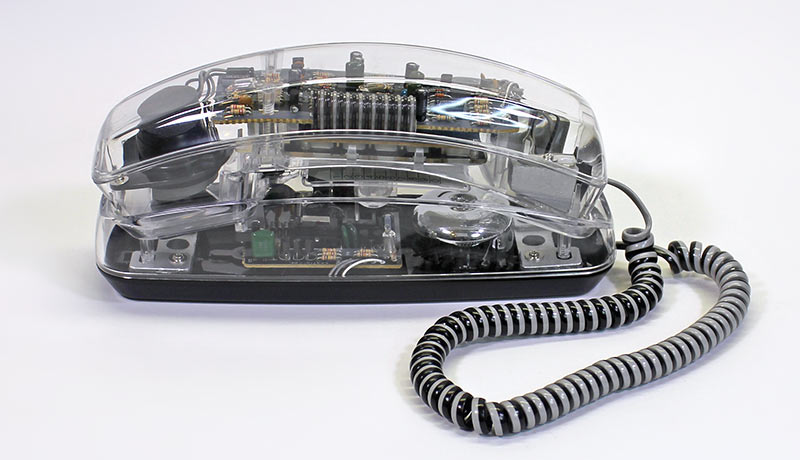 100% through-hole components and an actual, physical, ringing bell. This one also had incandescent bulbs in the handset and base that would flash when the phone rings (a later model used neon tubes). 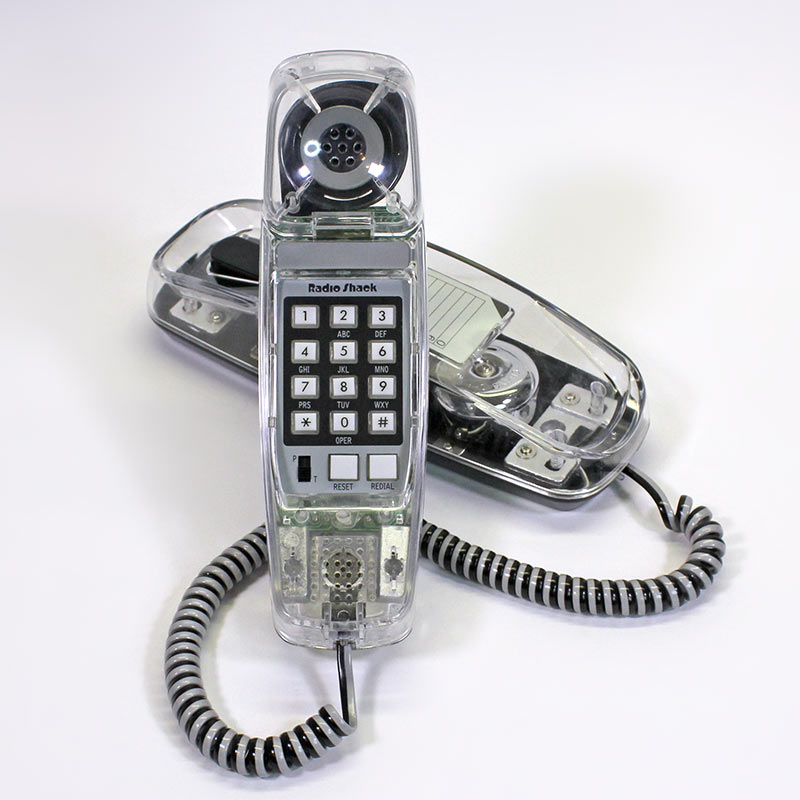 The electronics are almost entirely discrete, with ONE single IC chip in the handset: 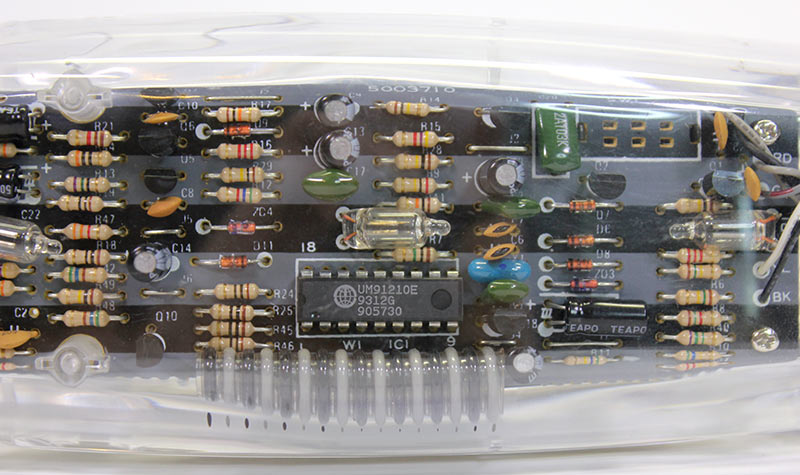 …a UM91210 Tone/Pulse dialer with redial memory. “UM,” by the way, stood for Unicorn Microelectronics. For reals. I am not making this up.

“Speed dial” in those days consisted of a small slip of paper on which frequently-used numbers could be written: 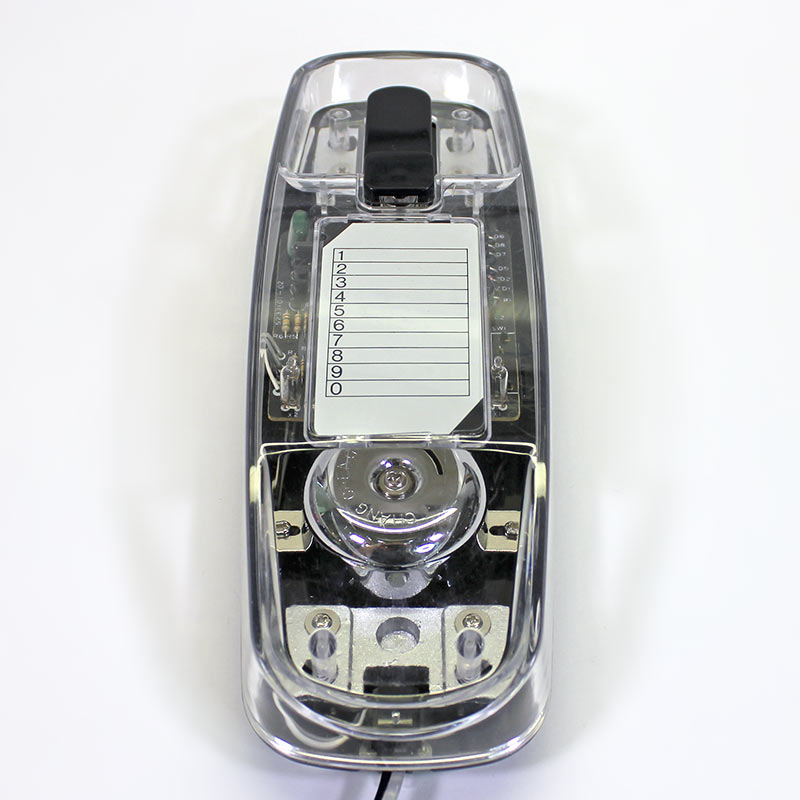 But my favorite detail of this phone…it’s most distinctive, most “period” attribute, even moreso than a cord or bell…is a subtle thing right here: 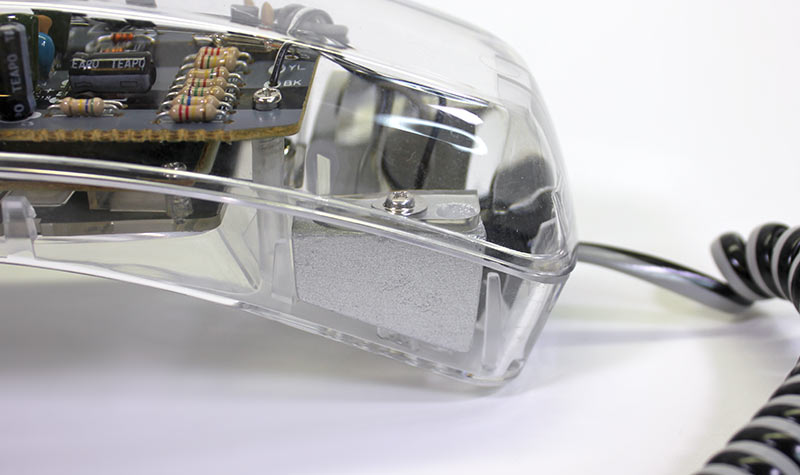 Prior to an anti-monopoly ruling in 1968, buying a home telephone was not an option…all equipment was rented from AT&T. To minimize returns and service calls, their gear was incredibly overbuilt, indestructible…and heavy. The new third-party telephones were less durable and less expensive…but to mimic the familiar heft of classic phones, it was common to have idle weight bolted in both the handset and base. This pattern persisted for years until cordless phones and lightweight office handsets became a familiar norm.

Old electronic equipment is sometimes derisively referred to as a “boat anchor.” These vintage phones literally incorporated anchors as a feature.