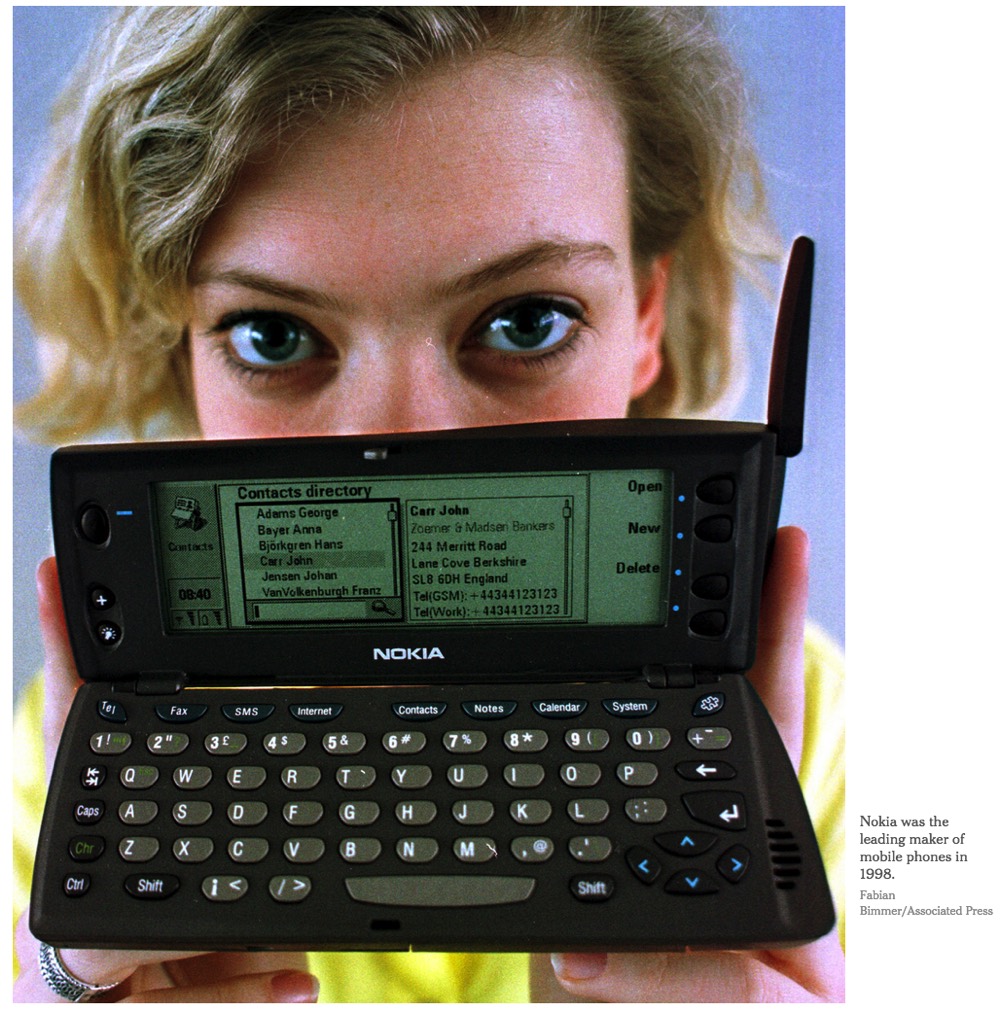 Although Microsoft bought Nokia’s cellphone arm in 2014, the Finnish company is still very much in business. In fact, Nokia is celebrating its 150th year since it started as a wood-pulping business. Its name comes from the town where it established a mill in the 1860s.

Nokia was the leading maker of mobile phones in 1998.

But by 1998, Nokia was the leading mobile phone maker in the world.

Its latest phones were the must-haves of their day; the Nokia 8110 was the ultracool product star of the 1999 movie “The Matrix.”

And its footprint in Finland was outsize, at one point representing 4 percent of gross domestic product, 70 percent of stock market capital and 21 percent of exports.

Nokia held its lead until 2011, washed away by a tsunami of smartphones from Apple, BlackBerry and Samsung. After the sale last week of its mapping service, the company is now focused on telecom network equipment.
One enduring legacy is the Nokia ringtone, which was the default setting on billions of mobile phones.

Borrowed from “Gran Vals,” a 1902 Spanish guitar composition, the tune can still make people turn and look for a ringing phone today.

Comments Off on Nokia is 150 years old @nokia #makerbusiness