Sounds can knock drones out of the sky #droneday 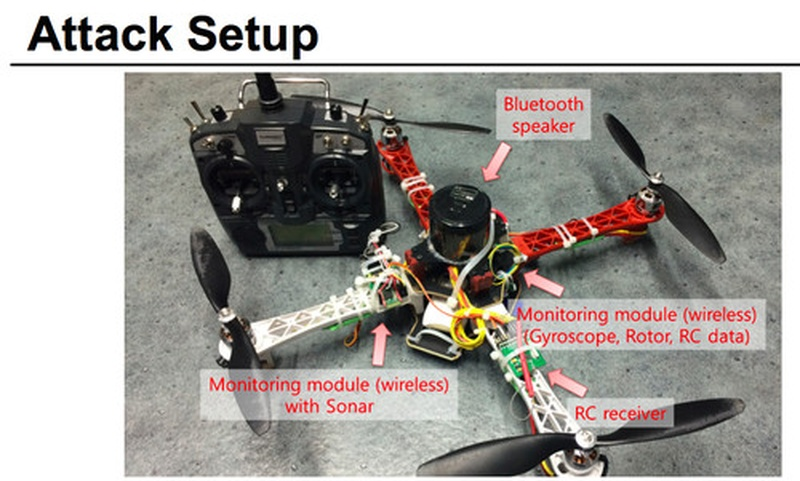 Knocking a drone out of the sky is sometimes possible using an invisible weapon — sound.

The vulnerability in some drones comes from a natural property of all objects — resonance. Take a wine glass: if a sound is created that matches the natural resonant frequency of the glass, the resulting effects could cause it to shatter.

The same principle applies to components inside drones. Researchers at the Korea Advanced Institute of Science and Technology (KAIST) in Daejon, South Korea, analyzed the effects of resonance on a crucial component of a drone, its gyroscope. Their paper will be presented next week at the 24th USENIX Security Symposium in Washington, D.C.

A gyroscope keeps a drone balanced, providing information on its tilt, orientation and rotation, allowing for micro-adjustments that keep it aloft. Hobbyist and some commercial drones use inexpensive gyroscopes that are designed as integrated circuit packages.

In some cases, the gyroscopes have been designed to have resonant frequencies that are above the audible spectrum, said Yongdae Kim, a professor in KAIST’s electrical engineering department. But others are still in the audible spectrum, making them vulnerable to interference from intentional sound noise.

Matching the resonant frequency of a gyroscope causes it to generate erroneous outputs, which have an effect on its flight, Kim said.

Kim’s team studied 15 types of gyroscopes from four vendors. Most came from two companies, STMicroelectronics and InvenSense, whose gyroscopes are used in a variety of drones. Seven of the gyroscopes resonated at their own resonant frequencies when encountering a matching sound.

At the resonant frequency, the gyroscopes “spit out very strange outputs,” Kim said.

It is possible, however, to affect some kinds of drones using sound. For their tests, the researchers attached to a drone a small, consumer-grade speaker that was wirelessly connected to a nearby laptop.

The drone takes off normally, but when the right noise is played through the speaker, it smacks into the ground.

“When the gyroscope starts fluctuating, it affects the rotor speed directly,” Kim said.