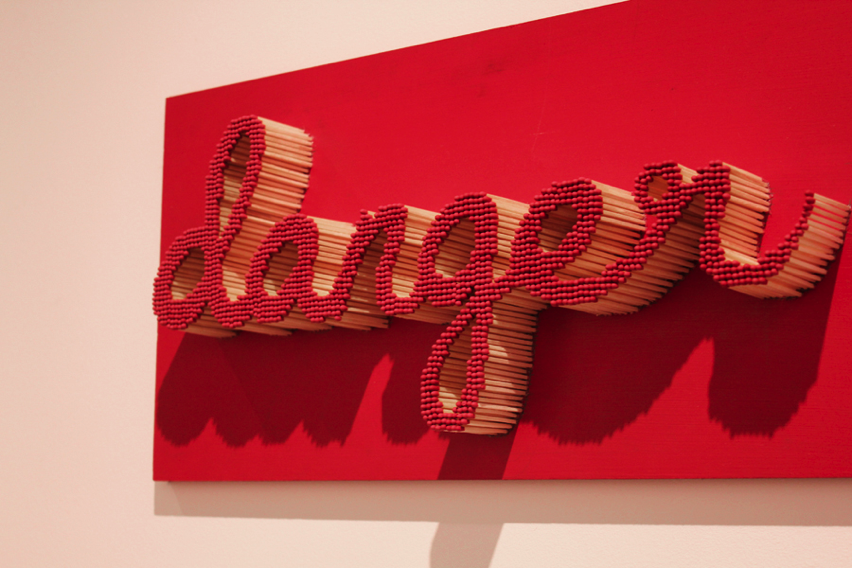 Pei San Ng is one of six children that immigrated to the United States from Taiwan in the early eighties. The third daughter of a translator and pattern maker she grew up in East LA and followed several of her siblings to study Biology at UCLA. After working in several laboratories in California she decided science was not her only passion, her Interest in plants and natural patterns lead her to explore first interior design then eventually architecture.

Pei received her Masters in Architecture in 2008 from the University of Illinois at Chicago. While in Chicago Pei got in on the entry level of a blossoming artist collective called the Chicago Art Department. This concept based studio / gallery offered her not only collaborators but also exhibition opportunities. She rose to the occasions and regularly delivered powerful, iconic artworks that answered the conceptual call in increasingly intriguing ways.

Her most recent series dealing with matches was initially an answer to the concept of celebrating the death of a Chicago Art Department member. Her piece “Mookie’s Sneakers” was a mash-up of her friend’s fascination with shoes and Chinese funeral rites that involved burning things to send to the recently departed.

The “Match Series” has garnered worldwide attention after a series of blog and magazine articles started sharing her work, and she has since sent pieces from her “Match Series” to all corners of the globe. This series, however, is endangered by the fact that her repeated module, the Red Tipped Diamond Match, has been discontinued by the Diamond Company and now is only distributed in green. 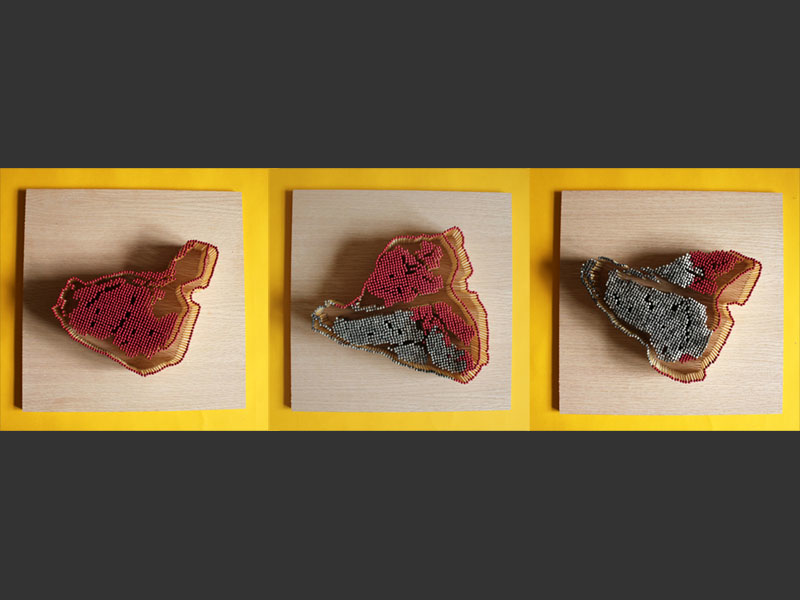 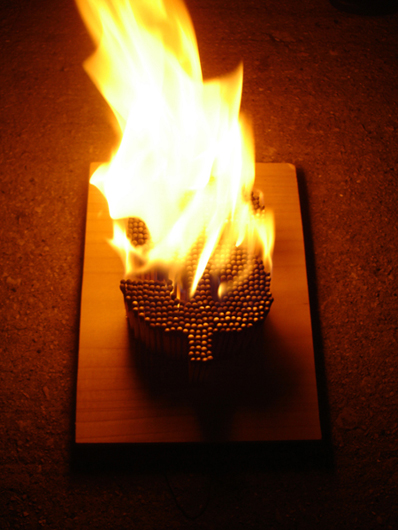