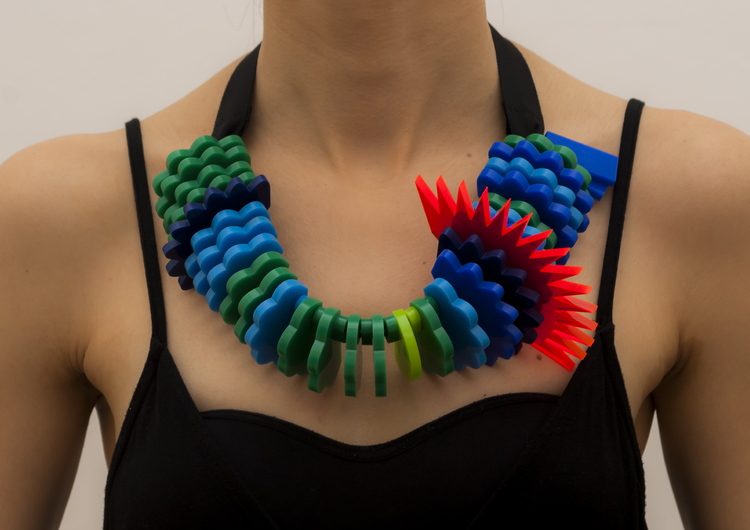 What if we could really see and feel the burden that air pollution places on our bodies?

Air Transformed is a series of wearable data objects that communicate this physical burden in different ways. Though seemingly decorative, they are based entirely on open air quality data from Sheffield, UK, a former steelmaking city and notorious for its bad air.

Our task was to create friendly, accessible pieces that used open air quality data to inspire public engagement with the issue of air pollution.

Each necklace represents a week’s worth of data from sensors measuring large particulate (PM10) levels. Since particulate matter damages the heart and lungs, we felt a neckpiece was an appropriate way of communicating this data.

The segments range in size from small to large and in texture from completely smooth to spiky and sharp to touch; the larger and spikier the segment, the more particulates in
the air at that time.

By running their fingers over each necklace, the wearer can literally feel how the air quality in Sheffield went up and down over the course of each week. Dangerous particulate levels have the potential to hurt/prick the finger of the wearer. 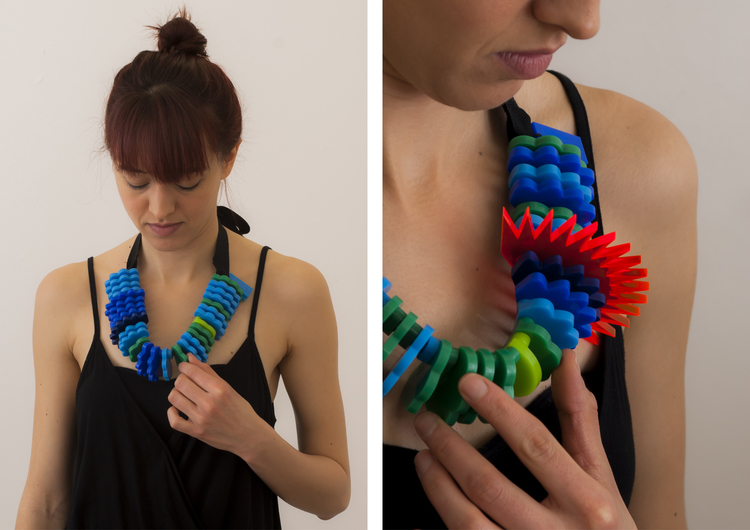 Each pair of glasses represents the levels of air pollution on a different day in Sheffield during 2014, averaged over the whole day.

Higher levels of pollutant are indicated by a larger pattern on the lens. This clouds the wearer’s vision, alluding to the hazy views caused by pollutants in the air.

By wearing the glasses, the wearer can literally see differences in air quality in Sheffield on different days of the year. 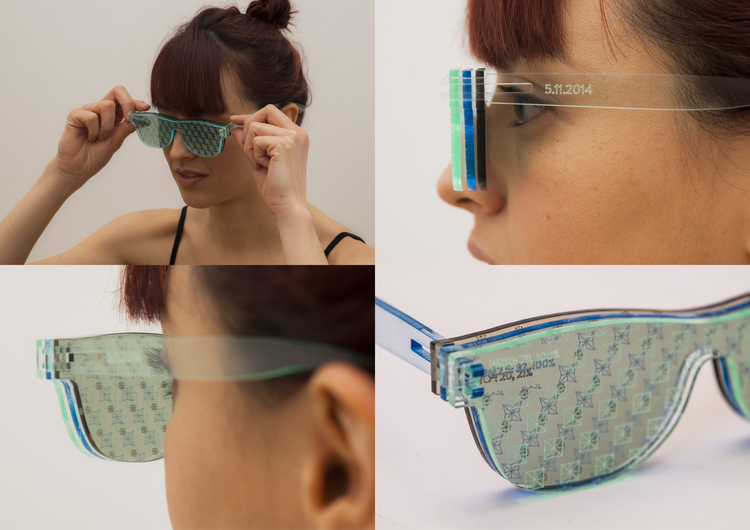