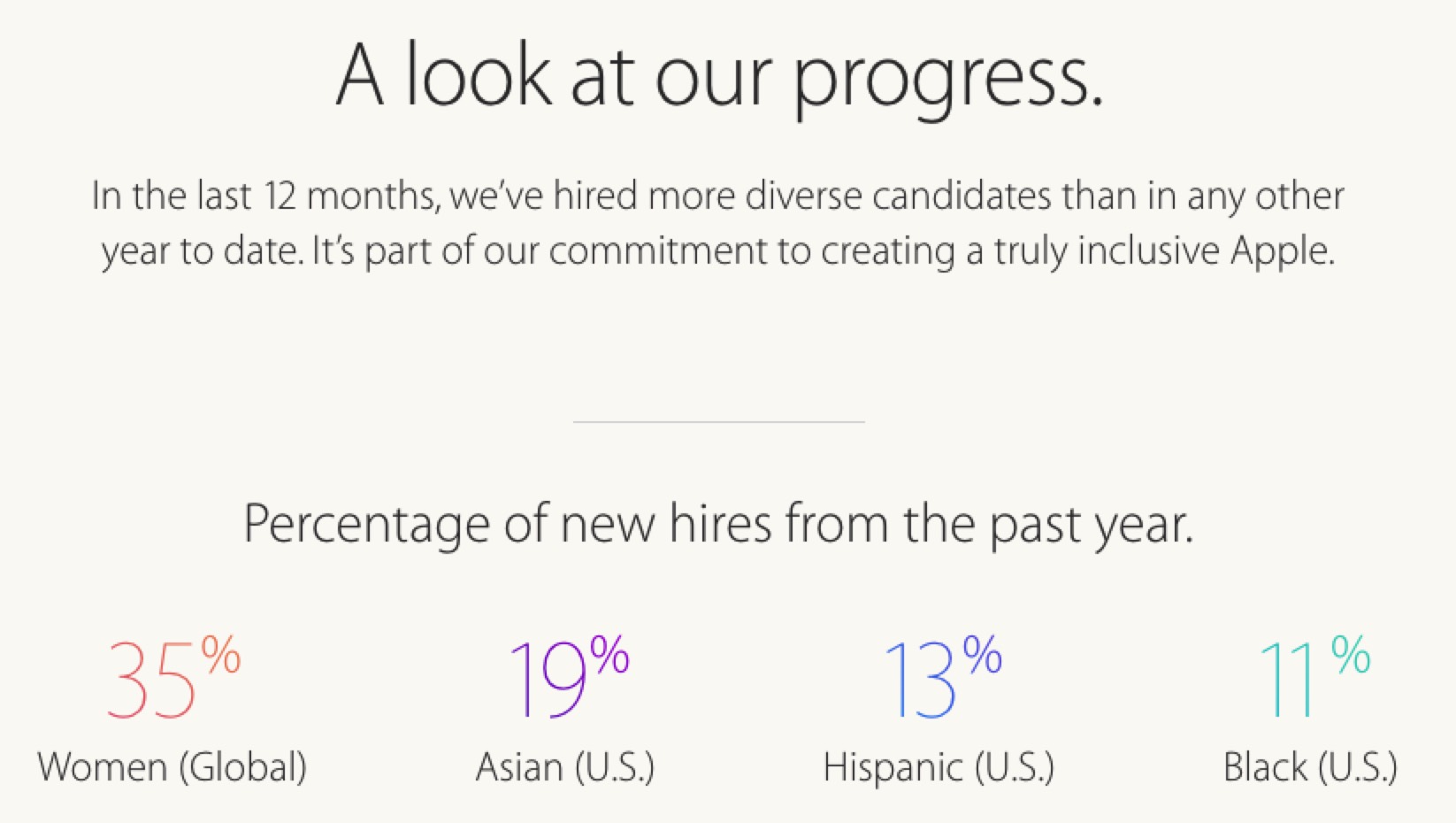 Apple has posted up their diversity stats along with a message from the CEO, Tim Cook –

Some people will read this page and see our progress. Others will recognize how much farther we have to go. We see both. And more important than these statistics, we see tens of thousands of Apple employees all over the world, speaking dozens of languages, working together. We celebrate their differences and the many benefits we and our customers enjoy as a result.

There wasn’t one place that had all the company/industry diversity reports, so here are the ones we could find.