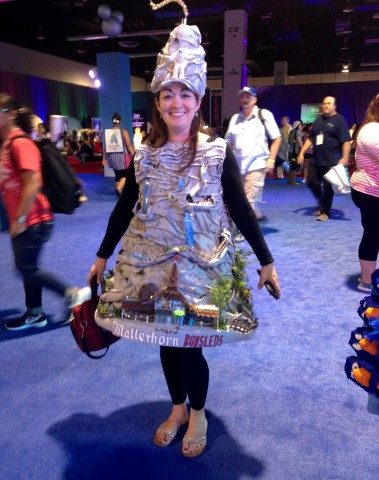 D23 Expo, Disney’s fan convention, took place over the weekend, and the event offers cosplay you won’t see at any other gathering. Fans dress as characters from their favorite Disney, Star Wars, Pixar, and Marvel films and as characters from attractions in Disney Parks. In some cases, attendees dress as actual attractions. This woman is dressed as the Matterhorn — it’s an iconic Disneyland ride with bob sleds that race around a scaled down version of the mountain. The costume replica of the ride took months of work; it featured the track, the foliage, the housing for the ride loading area, and of course, the yeti. The tiny ride vehicles were occupied by figures of Disney characters. The details on this costume were incredible. 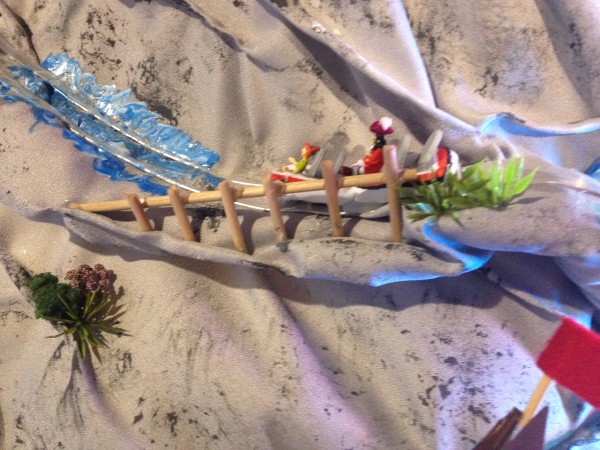 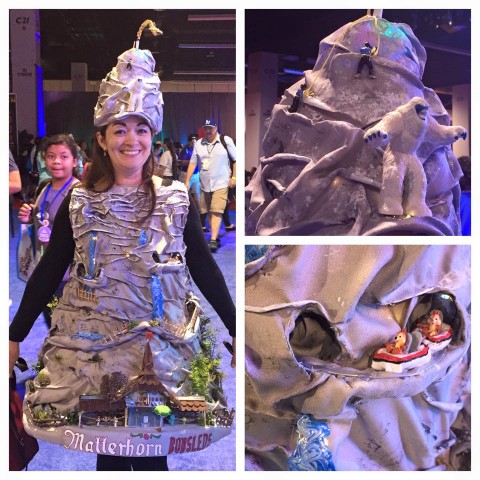 Bottom photo by Jenn Fujikawa, other photos by Amy Ratcliffe

Comments Off on Disneyland Matterhorn Cosplay