The Universe is slowly dying #space

Goodbye, universe. You came in with the biggest bang ever, but now, you’re on your way out with a drooping fizzle.

The conclusion of a new astronomical study pulls no punches on this. “The Universe is slowly dying,” it reads.

Astronomers have believed as much for years, but the new findings establish the cosmos’ decline with unprecedented precision.

An international team of some 100 scientists used data from the world’s most powerful telescopes — based on land and in space — to study energy coming from more than 200,000 galaxies in a large sliver of the observable universe.

Based on those observations, they have confirmed the cosmos is radiating only half as much energy as it was 2 billion years ago. The astronomers published their study on Monday on the website of the European Southern Observatory.

The team checked the energy across a broad spectrum of lightwaves and other electromagnetic radiation and says it is fading through all wavelengths, from ultraviolet to far infrared.

At the ripe old age of nearly 13.8 billion years, the universe has arrived in its sunset years.

“The universe has basically sat down on the sofa, pulled up a blanket and is about to nod off for an eternal doze,” said astronomer Simon Driver, who led the team.

Death does not mean the universe will go away. It will still be there, but its stars and all else that produces light and stellar fire will fizzle out.

“It will just grow old forever, slowly converting less and less mass into energy as billions of years pass by until eventually, it will become a cold, dark and desolate place, where all of the lights go out,” said astronomer Luke Davies.

But don’t cry for the universe anytime soon. Astrophysicists say this will take trillions of years. 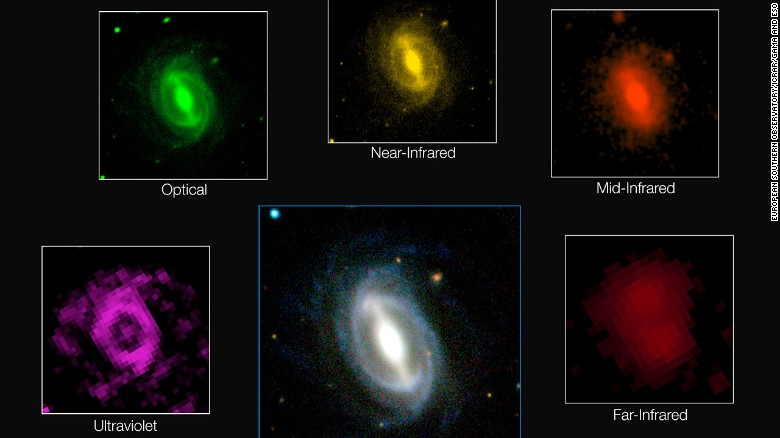 Comments Off on The Universe is slowly dying #space