You may have heard about the article by New Yorker writer Jill Lepore that attempted to take G. Willow Wilson’s A-Force specifically and comics in general for the infantile ways in which they portray women. There’s a lot to be written on this topic, and a lot of important work to be done by the community of folks who write superhero comics, but Lepore may not the person to do it.

Luckily for us, G. Willow Wilson wrote her own response to Lepore’s article. It was smart and funny and thoughtful and erudite and kind and took absolutely no guff from anyone. Just like all of G. Willow Wilson’s writing.

Wilson writes super hero comics and writes them well — but let’s remember that comic books are a medium, not a genre. Enter Cairo, Wilson’s haunting story about a drug runner, a down-on-his-luck journalist, an American expatriate, a troubled young student, and an Israeli soldier as they race through the bustling present-day city Cairo to find an artifact of unimaginable power, one protected by a dignified jinn and sought by a wrathful gangster-magician. 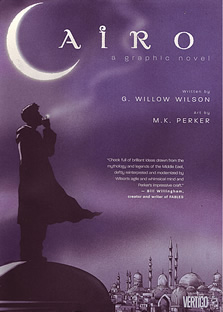 The world of Cairo is a world Wilson knows intimately. After converting to Islam Wilson moved to Cairo, where she contributed articles to The Atlantic Monthly, The New York Times Magazine and the National Post. Wilson was the first Western journalist to be granted a private interview with Ali Gomaa after his promotion to the position of Grand Mufti of Egypt. 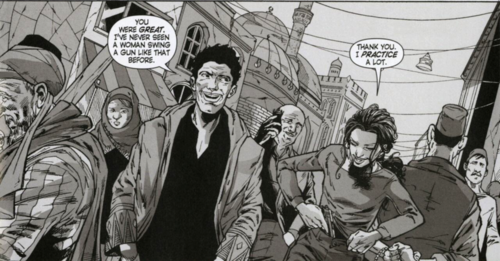 Magical realist stories set in North Africa abound, but Wilson’s is tremendously accessible. It weaves in its cultural and historical lessons with elegant pacing, compelling characters, and compelling action. This is one to be read and re-read. 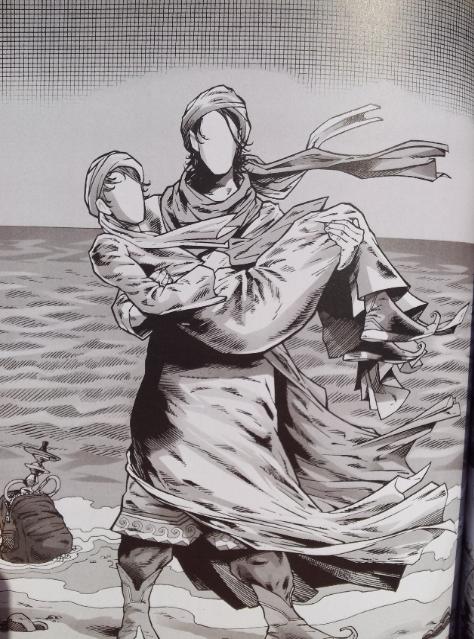 Check out our previous posts Bee and the Puppycat, Spacetrawler, Grrl Power, Krazy Kat, She-Hulk, King City, The Whiteboard, Hubris, Akira, The Wicked and the Divine, Saga, and Are  You My Mother?!