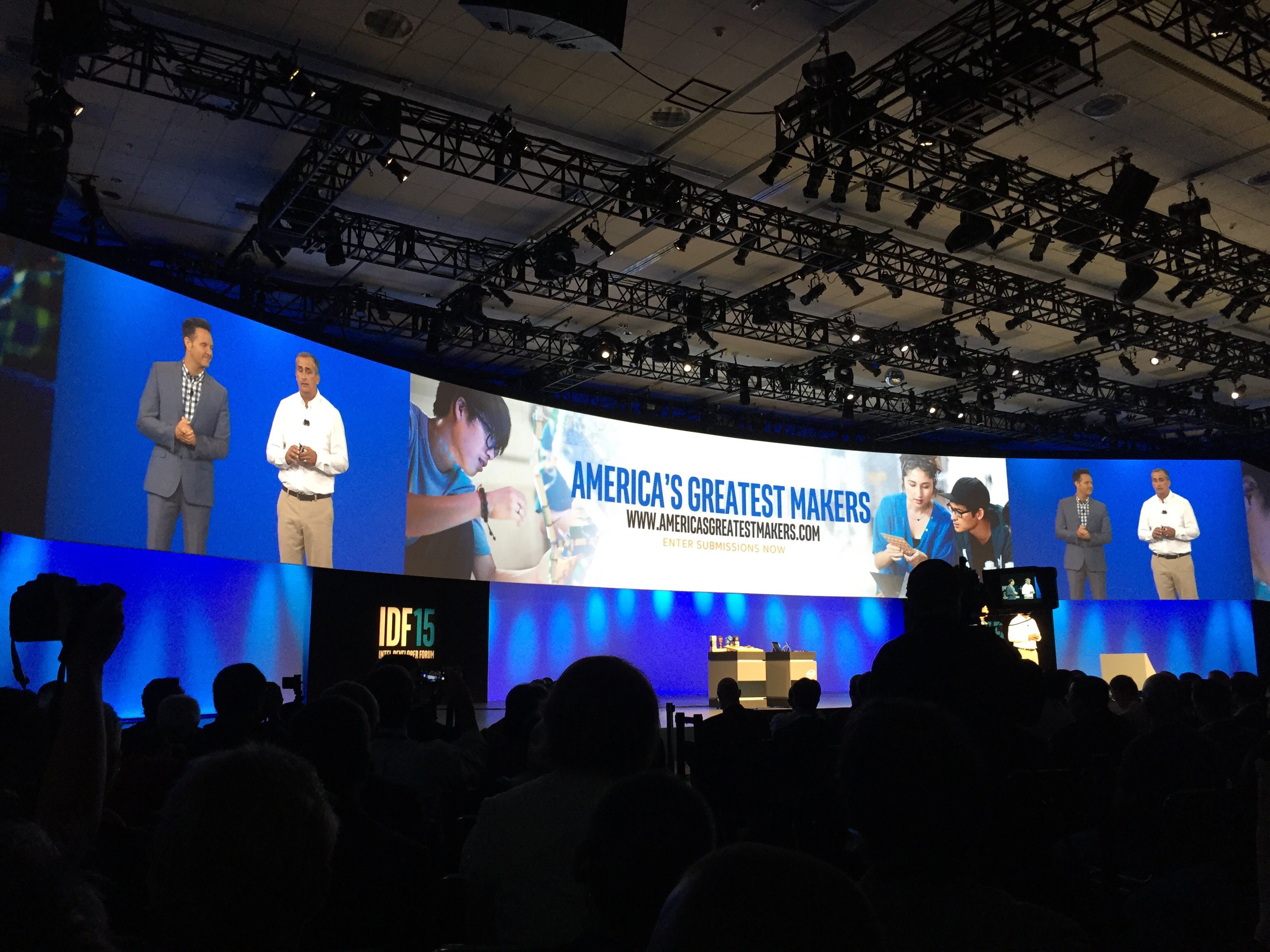 America’s Greatest Makers (working title) is coming to television in 2016. Are you ready to build the next truly amazing device? Bring your big ideas to life with Intel, in collaboration with Mark Burnett, United Artists Media Group, and Turner Broadcasting System.

For your chance to be on America’s Greatest Makers (working title), submit a video to tell us a little about yourself and your idea, and why you want to be part of the challenge.

All entrants must be legal residents of the United States, 15 years of age or older. Entrants under 18 years of age must provide parental or legal guardian consent. Each team is limited to four core members or fewer. When submitting your team’s information, please specify one point of contact only. Ideas that center around small form-factor smart devices that do not require video/camera functionality are preferred.

Makezine has additional coverage of the announcement:

As the house lights rose on a video montage of Mark Burnett’s television highlights, Intel CEO Brian Krzanich explained to the crowd at the Intel Developer Forum (IDF) that Intel, Burnett, and Turner Broadcasting System are collaborating to produce America’s Greatest Makers, an unscripted reality TV show documenting Makers taking a product to market, and are giving a million dollars to the winner.

Burnett, a six-time Emmy winner, known for reality shows such as Survivor, Shark Tank, and The Apprentice seems a natural choice to help develop a show revealing the highs and lows of product design. The show, which is planned to launch in 2016, will run on Turner Broadcasting’s TBS network along with digital episodes that will be available between the more traditional linear TV episodes.

The prize money, and the show itself, indicate how serious Intel is about Maker culture. Last year’s “Make It Wearable” challenge from Intel netted the top selection — wrist-mounted drone Nixie — $500,000. Doubling that and broadcasting it on television will likely attract the attention of many new participants, and will provide enough capital to allow one of them to jumpstart their idea into the business arena in a big way.

Filed under: random — by Becky Stern