Here’s Periscope, by the Numbers:

On August 2nd, we surpassed 10 million Periscope accounts. We launched Periscope just four months ago, on March 26, 2015. We would like to thank every single one of you for taking the time to use something that we’ve worked so hard to create. It means everything to us.

Our take – we’ve played around with Meerkat and it hit 2 million users in May of 2015 (but they have not reported #s since then) and there is “Live for Facebook Mentions” but we have not tried that, and you need to be a athlete, musician, or politician – so far no scientists or engineers it seems, they do have Perez Hilton (we are what we celebrate…). Twitch has more than 45 million viewers each month, and YouTube recently updated their LIVE offerings, including Google+ Hangouts (we’ve been doing “SHOW AND TELL” live for 4 years on Google+ Hangouts).

Periscope is integrated in to Twitter nicely, which makes sense, it was acquired by Twitter. So for now, we’re going to do some live and behind the scenes broadcasts with Periscope and maybe some special videos. The value of Periscope, is linked to Twitter, we have 83k+ followers, we’ll make it fun for them with sneak peeks, new products, Q&A, factory tours and more. 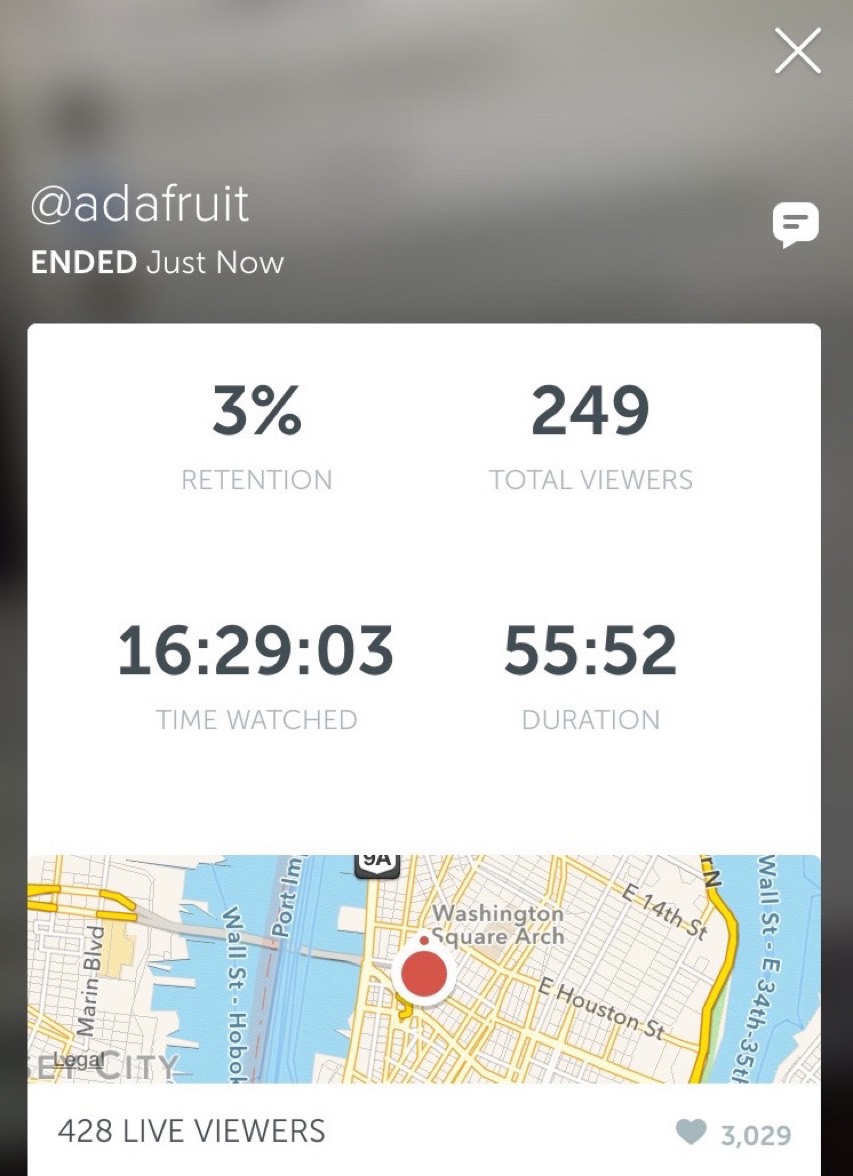 Here are the stats from right after our weekly show “ASK AN ENGINEER” which we’ve done for 6 years in a row, we broadcast on YouTube LIVE and Ustream, and now Periscope. For Periscope, we just ran another camera (phone), lots of fun.

There’s something special about being live, in a word of on demand and DVR’ed everything, live is a unique way to connect with your community and friends, Adafruit, Ladyada and the entire team look forward to Periscoping with you 🙂

Comments Off on Adafruit on Periscope @periscopeco #makerbusiness