So my company recently moved to a new office, and it’s huge, and awesome!  The only problem is, no one sits by the front door; design flaw or conspiracy?  No one knows for sure.  When people come to the door, whether visiting someone or delivering a package, they need to ring a good ‘ole fashion doorbell to get someone’s attention to come and let them in.  As you can imagine, hearing a doorbell ringing throughout the day can be quite annoying, so I thought, “I can make this better! With Arduino!”

The first two were easily accomplished.  One of our UI engineers whipped up an awesome interface, the iPad went up without a hitch, and utilizing the Slack API’s were easy enough.

Now, how to go about letting people unlock the door from Slack?  I took a look at how the front door is wired up (which includes a “Request to Exit” button, a keypad, and a motion sensor, all of which unlock the door by releasing the magnetic lock).  I found the panel which controls the door lock, and saw that it had a simple relay board inside.  I realized that I could take an Arduino (I chose a Particle Photon) and wire it into the relay board to remotely trigger the relay, and unlock the door.

The benefit of the Photon is that you can define a function in the Arduino code which can be called via the REST API provided by Particle.  Utilizing the Slack API, I added a command which was sent to a NodeJS server, which in turn made the REST API call to Particle, which in turn sent a LOW signal to the relay, and voila! the door is unlocked!

The project all came together very nicely, and it’s always awesome to find ways in which micro-controllers can be introduced into everyday life!

Next up, adding a camera that will snap a picture of the visitor to include in the Slack message.

PS – Here’s some pictures of the project: 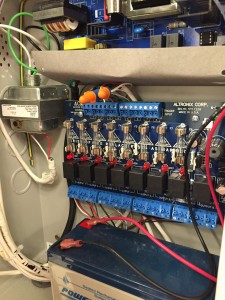 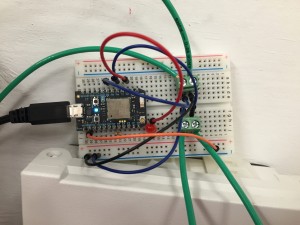 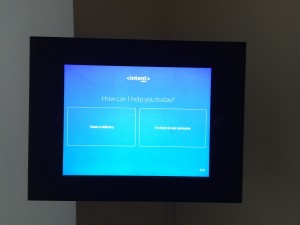 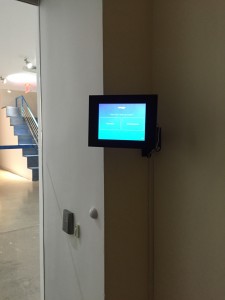 Filed under: internet of things — by danny ackerman