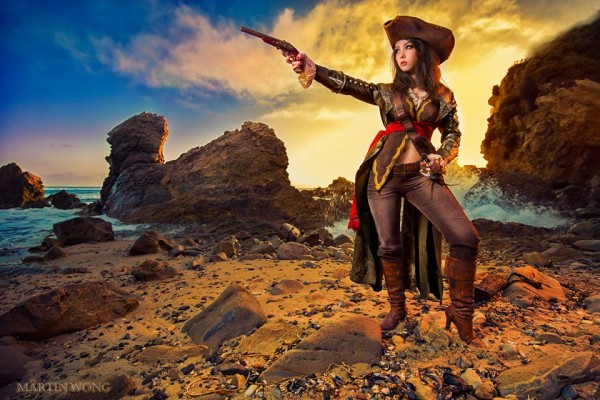 Monika Lee has been cosplaying since she was 13 years old. Her love of video games has led her to make several costumes inspired by her favorite characters, and she’s worked with companies such as Blizzard Entertainment and Carbine Studios. I talked to her about those opportunities, her preferred materials, and more.

Adafruit: When did you start cosplaying and what inspired you to start?

Monika Lee: I started cosplaying in 2006 so it’s been a little over 9 years for me. I began when I was really young and I had just gotten into the anime scene (and by gotten into, I mean I was crazily obsessed). I stumbled upon cosplayers on YouTube that were goofing around and they seemed like they were having so much fun together. I’m not quite sure what possessed me to start from there, but before I knew it, I was trying to make all the costumes I could and go to all the conventions I could.

Adafruit: Of the many costumes you’ve tackled, which one has been the most challenging and why?

Monika Lee: I would say no costume is anymore challenging than the next because they all require different techniques, skills, etc. For instance, creating my Sailor Mars was particularly difficult because everything had to be precisely accurate since it was a costume that people had done time and time again. In addition to that, I was making that costume alongside two other girls and we each had to make our costumes the same, but for three different bodies—it was kind of a nightmare, haha. That being said, armor costumes are quite difficult as well because of the fit of non-fabric materials. It’s really hard to get molded materials to fit your body the way a jacket or pair of pants would fit (and that doesn’t even include how you would even attach that armor to your body). Usually any costume that requires extensive amounts of different techniques and details is pretty hard for me. 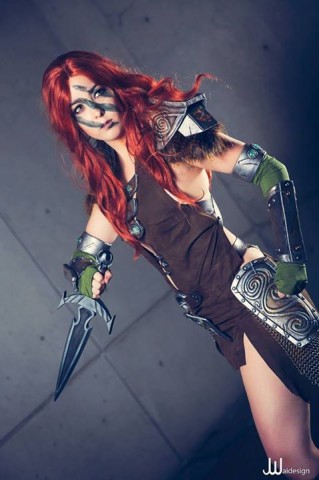 Aela the Huntress from Skyrim, photo by JwaiDesign Photography

Adafruit: You’ve been invited to several conventions and events and worked for companies such as Blizzard. How did your hobby evolve into a career of sorts?

Monika Lee: Cosplay is by no means a career or profession for me. My work with Blizzard stemmed from my internships in 2013/2014 and were non-cosplay related. That being said, I’ve worked with various video game-related companies at shows and it still seems sort of like a sheer luck kind of thing. I suppose they see my work and message me and somehow it works out. It’s still kind of a whirlwind and it doesn’t seem like it’s real sometimes because cosplay is really just a hobby for me. I’m a full time student at Georgia Tech working on graduating and just getting a job and as much as my life seems to be absorbed by cosplay, I know it’s not gonna last long. It’s kind of like a summer fling where eventually I wanna get settled down and I dunno, be an elderly person or something.

Adafruit: You mentioned that you’ve used LEDs in some of your costumes. What inspired you to start using electronics in cosplay and was it easy to learn?

Monika Lee: Light up things are cool! Haha. But really some of my costumes are just better enhanced with the use of lights whether it be in a sci-fi sense or a magical sense. I’m lucky enough that my dad is an electrical engineer as well and despite his initial reluctance, getting him to help me with LEDs has been a godsend. Adafruit was awesome when I made my Wildstar costume. I really wanted to make it large, attention-seeking and impressive because I was working with Carbine Studios at PAX East and something like that at a booth is really important to a company. I ended up buying these ultra-bright LEDs and EL tape and whatnot and hooked that all into my costume. I was kind of like a Christmas tree. 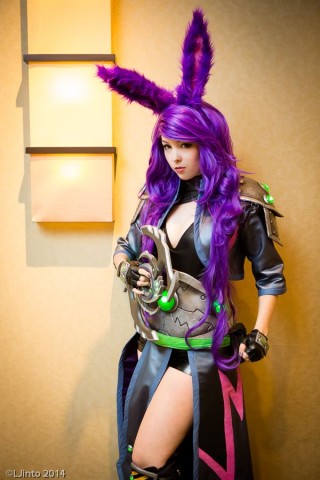 Adafruit: If you could recommend one material/supply for cosplayers to always have on hand, what would it be?

Monika Lee: It’s hard to recommend just any one material—I’m looking around my room now and I can rattle off a list of tools I’d definitely recommend to have on hand, but specific materials would vary on the costume. I’d say for sewing—> thread, it seems simple, but you can’t really construct fabric without it and it’s really useful in an emergency. A serger is a great complement as well in sewing for different finishes and giving your costumes that clean, polished look. For a cosplayer and armor—> foam, it’s cheap and really easy to manipulate especially when you might not be super advanced or might not have that huge a budget. It can act as a base/mock up for armor or it can be the armor itself. And the ranges of foam from EVA to craft foam to insulation foam are pretty versatile. Definitely have a heat gun or hot knife/wire for that stuff too!

Comments Off on Cosplay Interview with Monika Lee