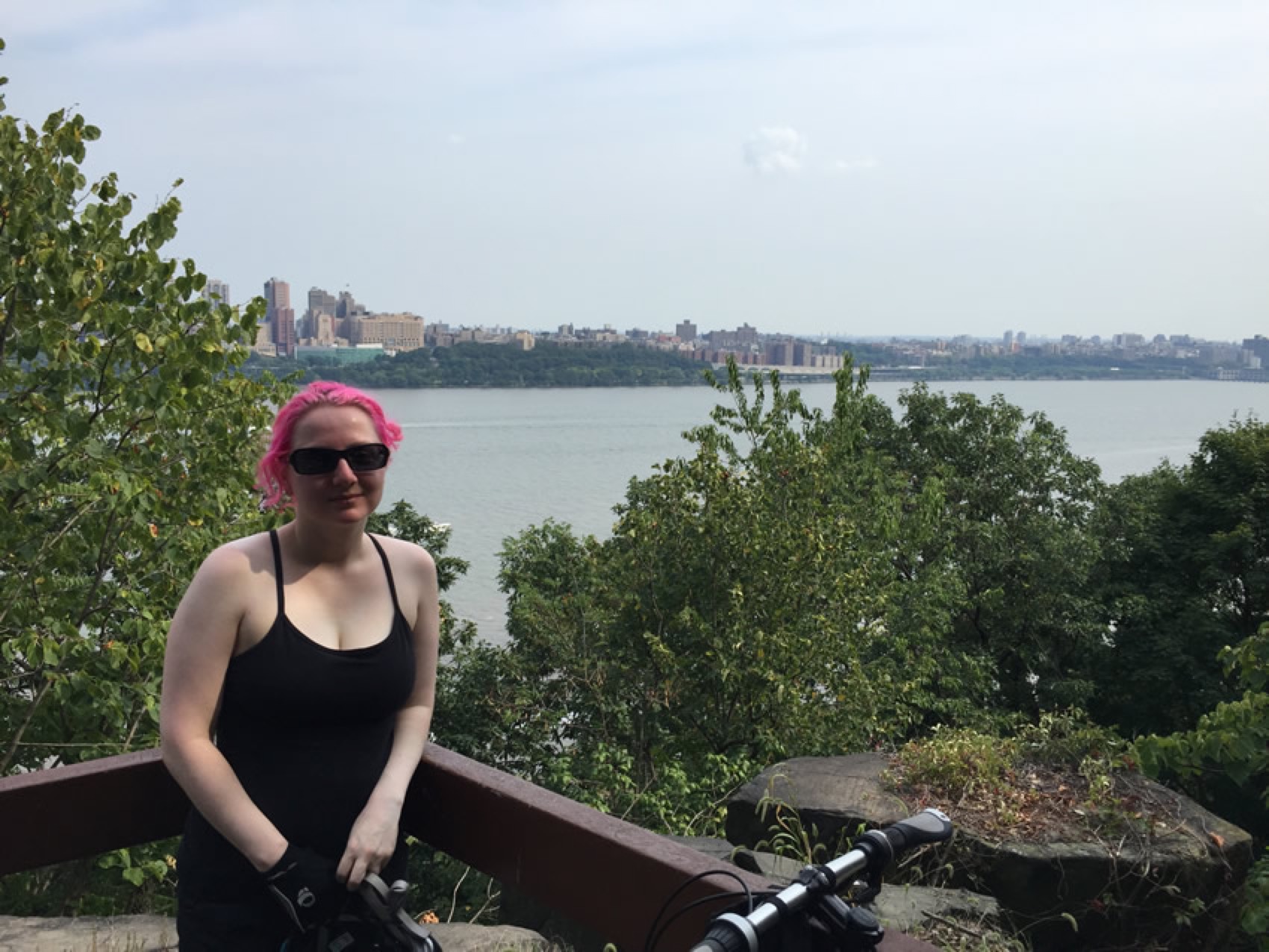 A couple big things happened on Sunday 8/30/2015 at ye old Adafruit. We passed the best month ever in company history in terms of revenue and many of the metrics we keep track of, on Sunday after those goals were hit, our Ladyada took the day off abd rode her bike from Adaftuit, north, to across the George Washington bridge and back. It’s been a goal for like 5+ years, but we could never get the time, it’s like 4+ hours and 25 miles total, Sunday she did – thank you all @ Adafruit for running adafruit while we took a Sunday spin and thank you community and customers for making this August the best month ever for us. Ladyada came back and did engineering for another 4 hours of course, then sent off protos.

The George Washington Bridge – is a double-decked suspension bridge spanning the Hudson River, connecting the Washington Heights neighborhood in theborough of Manhattan in New York City to Fort Lee, New Jersey, in the United States. As of 2015, the George Washington Bridge carries over 106 million vehicles per year, making it the world’s busiest motor vehicle bridge,[8][9] according to the Port Authority of New York and New Jersey, the bi-state government agency that owns and operates several area bridges, tunnels, and airports.

The bridge, an integral conduit within the New York metropolitan area, has an upper level that carries four lanes in each direction and a lower level with three lanes in each direction, for a total of 14 lanes of travel. The speed limit on the bridge is 45 mph (72 km/h), though congestion often slows traffic, especially during the morning and evening rush hours. The bridge’s upper level also carries pedestrian and bicycle traffic. Interstate 95 (I-95) and U.S. Route 1/9 (US 1/9) cross the river via the bridge. The New Jersey Turnpike (part of I-95, connecting to I-80) and US 46, which lie entirely within New Jersey, end halfway across the bridge at the state border with New York. At its eastern terminus in New York City, the bridge connects with the Trans-Manhattan Expressway (part of I-95, connecting to the Cross Bronx Expressway).