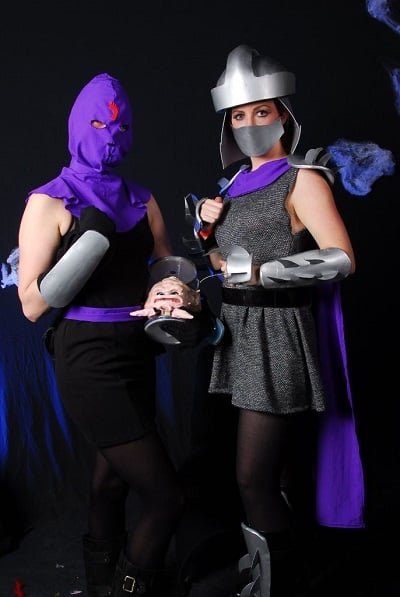 The squishy pink brain known as Krang is one of the Teenage Mutant Ninja Turtles’ regular foes. He just wants to take over the Earth — no big deal. Given the villain’s nefarious activities, it’s extra amusing that Instructables user Mod Mischief, also known as Allison, modified a Furby to make a portable animatronic version of Krang. For those of you who weren’t around for the Furby craze, the creatures were plush and adorable with moving parts and audio. You can find original Furbys on eBay or in thrift stores.

To make Krang, Mod Mischief disassembled the Furby to remove its moving eyes and ears (the ears became Krang’s tentacles) and then built an armature so that Krang’s brain could be sculpted onto the framework:

Before you can begin sculpting, you need to build up the armature, the framework the sculpture will be built on, and protect the furby components from the plasticine.

I covered the furby bits in cling wrap and then built up the shape of Krang’s brain with part of a 2L pop bottle, scrap paper and masking tape. I did a layer of papier mache over the head to give it a bit of extra strength to hold up under the plasticine clay.

I used a toilet paper roll as a crude stand.

After the brain was sculpted, she cast a finished version from liquid latex. 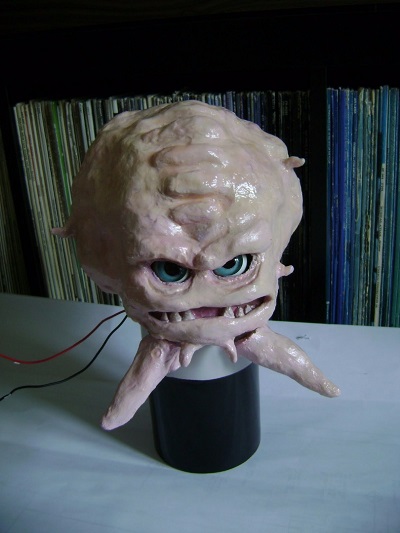 A couple of work in progress photos: 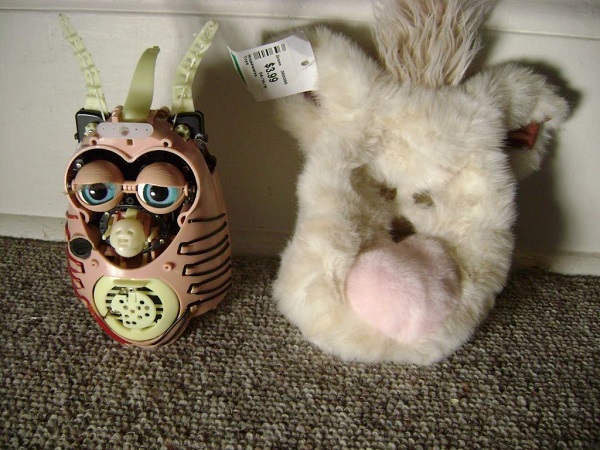 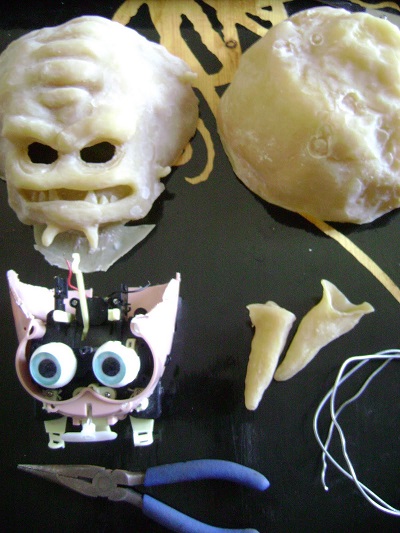 Read about the process at Instructables or at Allison’s blog.