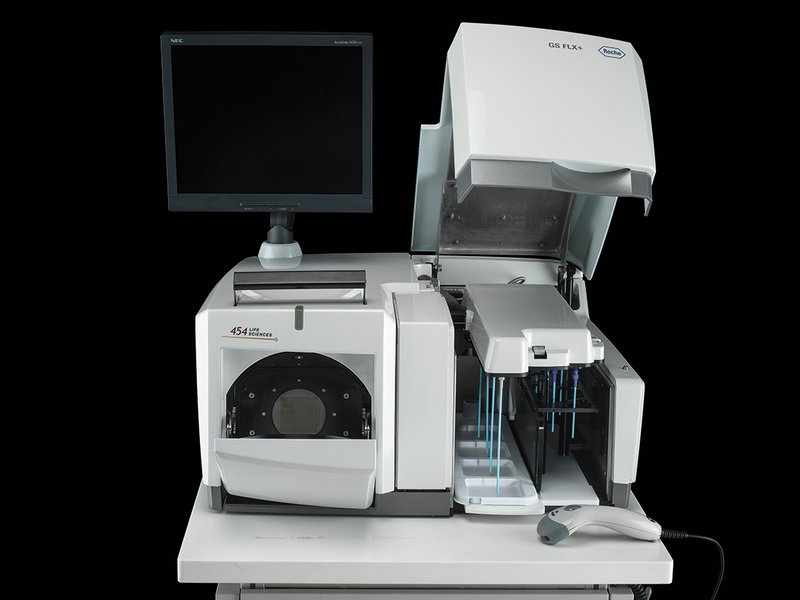 Interesting read on the cacao genome project from SmithsonianMaga:

The artifact is neither sexy nor delicate, as Mallory Warner will tell you. Warner, who works in the division of medicine and science at the Smithsonian’s National Museum of American History, helps to curate a large archive of items that have, in some way, changed the course of science. She points to a DNA analyzer used by scientists in the Human Genome Project (the landmark effort that yielded the first complete blueprint of a human’s genetic material) and a photograph film from a 1970s attempt to build a synthetic insulin gene. Many of the pieces related to genetic research, she says, are “hulking, refrigerator-size scientific things.”

The Roche 454 GS FLX + DNA gene sequencer, which was produced from 2005 to 2015, is actually a bit shorter than a refrigerator: it weighs more than 500 pounds, according to official product specifications. The Roche machine is also unique: it was the first next-generation gene sequencer to be sold commercially. It used a then-new technology known as sequencing-by-synthesis to tease apart the sequence of bases that comprise genetic code.

Comments Off on The Big, Refrigerator-Sized Machine That Saved Chocolate