Happy Birthday Star Trek! Here’s the origins of 11 of the most famous Star Trek lines #StarTrek 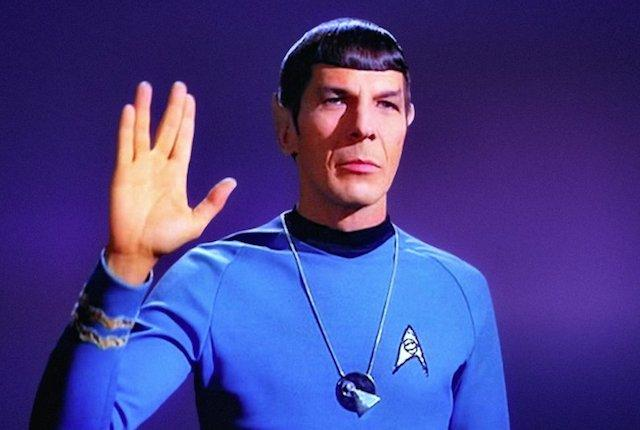 Few franchises have had the cultural impact of the various Star Trek television series and movies, and nowhere is that more evident than in the snippets of dialogue that have become a part of the American vernacular—and in some cases, found their way abroad, too. Here are 11 of the most notable Star Trek catchphrases, as well as a little more information about their origins.

The Vulcan greeting and the finger-separating hand gesture that accompanies it first appeared in the second season of Star Trek: The Original Series, during an episode titled “Amok Time.” Spock himself (actor Leonard Nimoy) has made no secret of the fact that the gesture and phrase were his idea, and that he based them on Orthodox Jewish blessings he remembered from his childhood. In the Jewish blessing, the position of the fingers forms the Hebrew letter “Shin,” which represents the name “Shaddai” (Almighty God). Nimoy put his own spin on the traditional gesture by holding up just one hand (instead of both) and changing up the verbal blessing slightly.

While Spock never shied away from questioning the logic of those around him—usually Kirk—it wasn’t until the second season that he took things up a notch and deemed the actions of the native inhabitants of planet Omega IV “highly illogical” in the episode titled “The Omega Glory.” Previously, it had always just been “illogical” or, in rare cases, “most illogical,” but it took a pair of natives attacking Kirk in a jail cell for Spock to pair his trademark raised-eyebrow reaction with the term “highly illogical.” The phrase would then be repeated in several more episodes, as well as the subsequent films and J.J. Abrams’ reboot of the franchise.

Bonus: “Highly Illogical” was also the name of Leonard Nimoy’s 1993 music album featuring several songs he recorded in the 1960s (including “The Ballad of Bilbo Baggins”) as well as a few new tunes.

Comments Off on Happy Birthday Star Trek! Here’s the origins of 11 of the most famous Star Trek lines #StarTrek