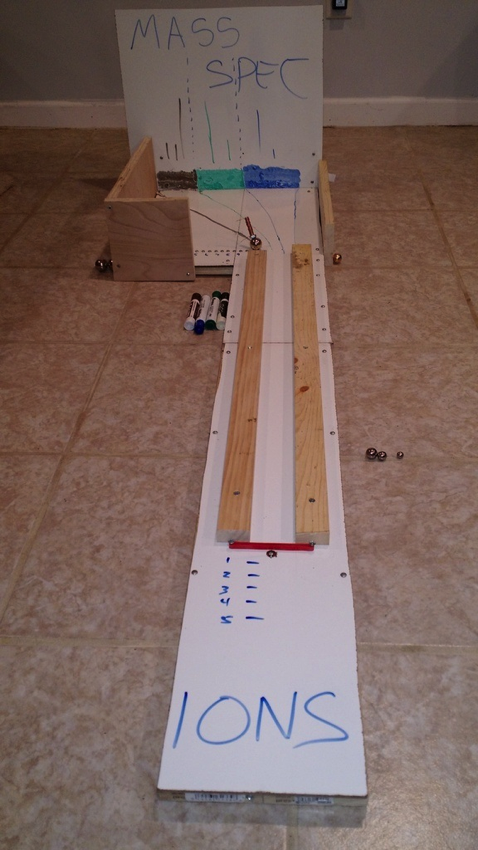 Thanks to Jon for sending in this great project – building a Mass Spectrometer model. Check out the full write up here.

Okay – Not quite a real mass spectrometer, but an excellent learning tool for demonstrating the principals of mass spec. This can be very useful for teaching students who may not have a strong physics background. Plus it’s a fun game – like pinball.

The principle is quite simple. You have a sample you’d like to analyze – using a Mass Spec, this is performed by ionizing the sample into it’s constituents, accelerating those particles down an electromagnet chamber, influencing their trajectory using a magnetic field, and observing the degree of deflection from known standards. If that sounds like an earful — here, let’s try this:

“If something is moving and you subject it to a sideways force, instead of moving in a straight line, it will move in a curve – deflected out of its original path by the sideways force. Suppose you had a cannonball travelling past you and you wanted to deflect it as it went by you. All you’ve got is a jet of water from a hose-pipe that you can squirt at it. Frankly, its not going to make a lot of difference! Because the cannonball is so heavy, it will hardly be deflected at all from its original course.

But suppose instead, you tried to deflect a table tennis ball travelling at the same speed as the cannonball using the same jet of water. Because this ball is so light, you will get a huge deflection. The amount of deflection you will get for a given sideways force depends on the mass of the ball. If you knew the speed of the ball and the size of the force, you could calculate the mass of the ball if you knew what sort of curved path it was deflected through. The less the deflection, the heavier the ball.” 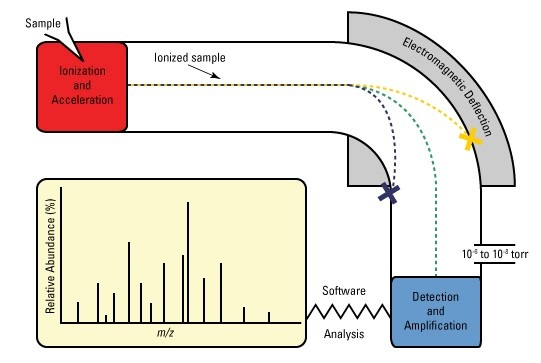 Comments Off on Build a DIY Mass Spectrometer Model #DIY