How to Make the Hexachord #Arduino #MusicMonday 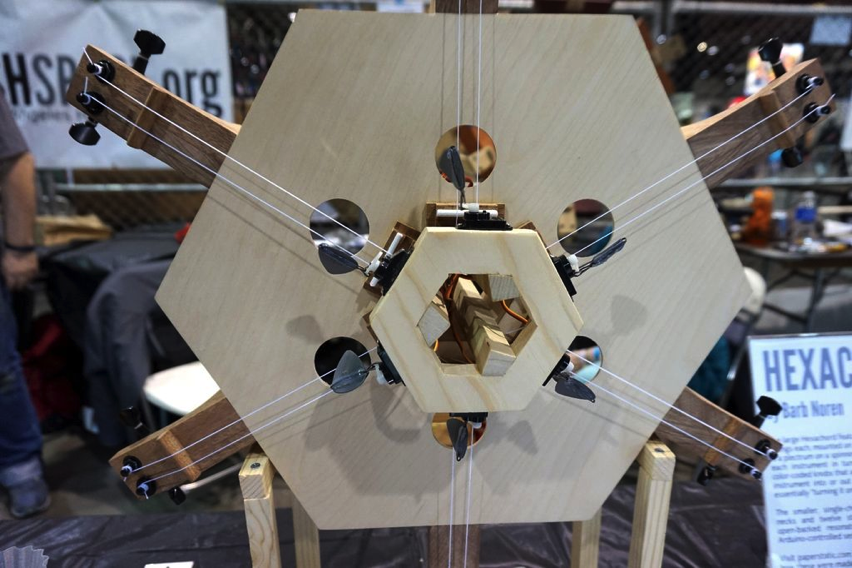 Last year, with the deadline of the Bay Area Maker Faire, I created a new instrument called the Hexachord. It was a whole lot of fun, a great hit, and I’ve had the chance to do a number of talks about it. The design challenge was thrilling and there were a ton more ideas that I bypassed for that version.

This past spring, I decided to take on the challenge again and make another instrument. It is similar in some ways to the old Hexachord – it still has twelve strings, six necks, and is motorized – but now it is smaller overall, with a single chamber that’s larger than any of the previous ones, and is Arduino powered, so it can be more precisely controlled.

Comments Off on How to Make the Hexachord #Arduino #MusicMonday