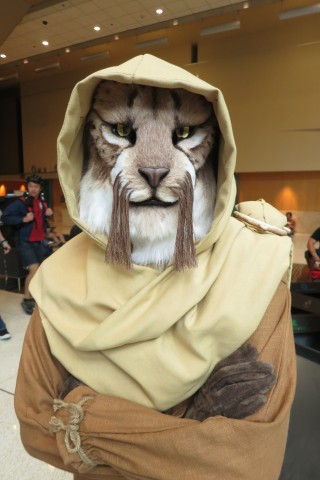 The Khajiit M’aiq the Liar appears in a few Elder Scrolls games, but cosplayer Chelsea Mills, also known as Talaaya Cosplay, decided to base her costume on the character’s look in Skyrim. The Khajiit are cat-like in appearance so it means working with fur, and Mills did a wonderful job of giving the face and eyes personality. She spent six months building the costume and debuted it at PAX Prime. She said:

The mask was 3D printed and white fur was hot glued on top then carefully trimmed and painted with watered down acrylics.
The eyes are “follow-me eyes” (hemispheres of clear plastic which have a magnification effect that makes it look like they’re always looking at the viewer) to which I glued pieces of paper which have the eye patterns painted on them.
The “mustache” is small bundles of brown thread tied together and hot glued into the fur.
I made the patterns for the outfit myself, and hand sewed it all. That part took the longest! 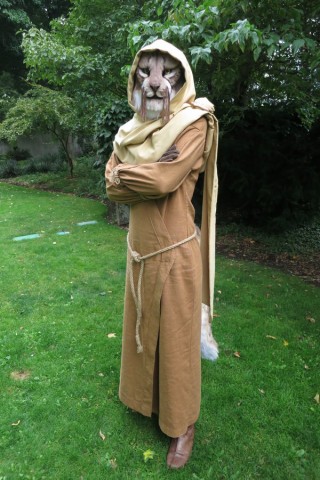 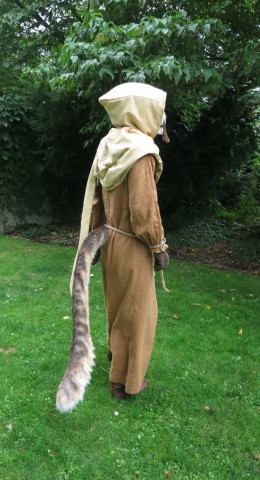 Comments Off on M’aiq the Liar Costume