Some of us like to get lost in other worlds. We do it in different ways: travel, imagination, TV shows, open world video games, immersive theater pieces, or my favorite: extremely long stories. Big, heavy books. TV series that manage to maintain quality over 7 or more seasons. But comic books do it the best. There’s a very low barrier to entry in comics. You could make one right now and put it up on the internet. All you need is an idea and some vague ability to draw.

What that means is comics can create something that may be unique to the medium: the intimate epic. Intimate epics are like double albums made and mixed by one person in their garage. Intimate epics feel big and small at the same time. Intimate epics seem to start out as quirky new friends and when they’re over it feels like you’re saying goodbye to a family you’ve had forever. Intimate epics are one of my favorite things about comics, and one of the best is Carla Speed McNeil’s Finder. 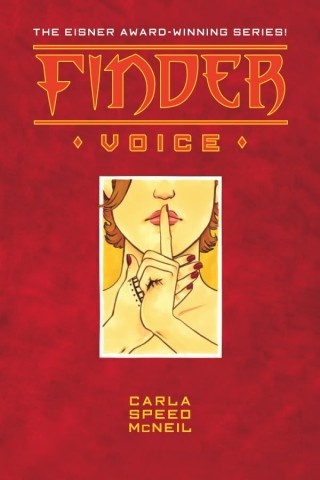 The world of Finder is big and complex and has that most essential quality: it feels strange and familiar at the same time. McNeil eases us into the world, taking us from character to character, building her ensemble with care.

And it all starts with Jaeger. 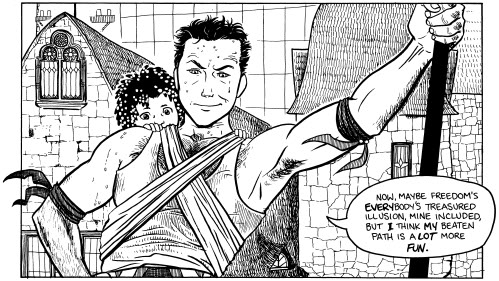 There are times in the beginning of the story when you may be tempted to write Jaeger off as a slightly edgier version of the charming jerk character, but McNeil’s playing a more complicated game than that. She calls Finder “aboriginal SF.” 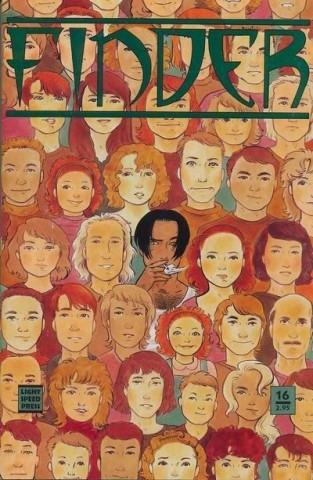 In the distant future Earth of Finder, the differences between people in terms of class, gender, age, and relationship to technology are investigated with as much care as the differences between humans and artificial intelligences, genetically adapted non-sapiens, and creatures from the spirit world. What we learn when these radically different elements are given equal footing is a lot of what Finder is about. It is anthropological SF. 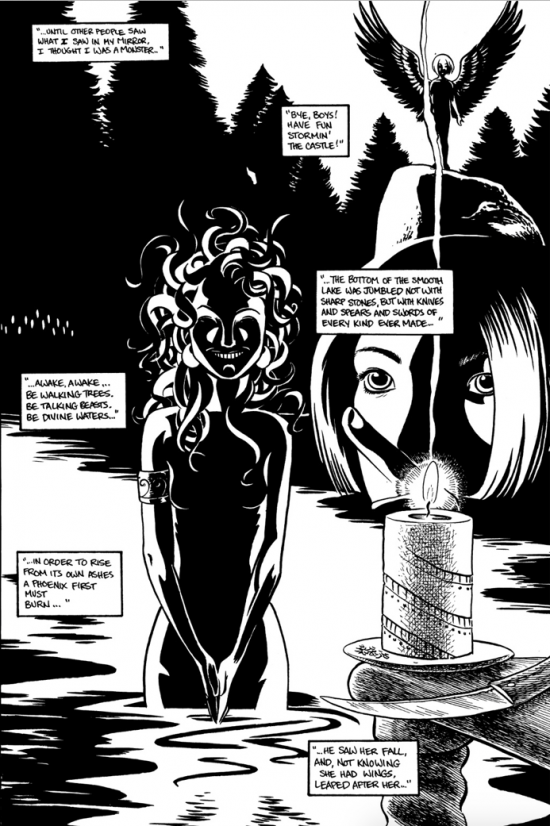 Which brings us back to Jaeger.

Jaeger brings us into the story. He also the city from the wilderness. He is a character who can cross over, more at home in the wastelands than in cities, but throughly knowledgeable about how urban places work. Almost pathologically self-sufficient, Jaeger can get along anywhere. His travels takes us from one world to the next, from one culture to the next, from one class and race to the next.

His status as liminal character is made clear when, in the first pages of the first issue, he wakes up in a bowl held by a statue of Ganesha, the Hindu God who breaks boundaries and removes obstacles. 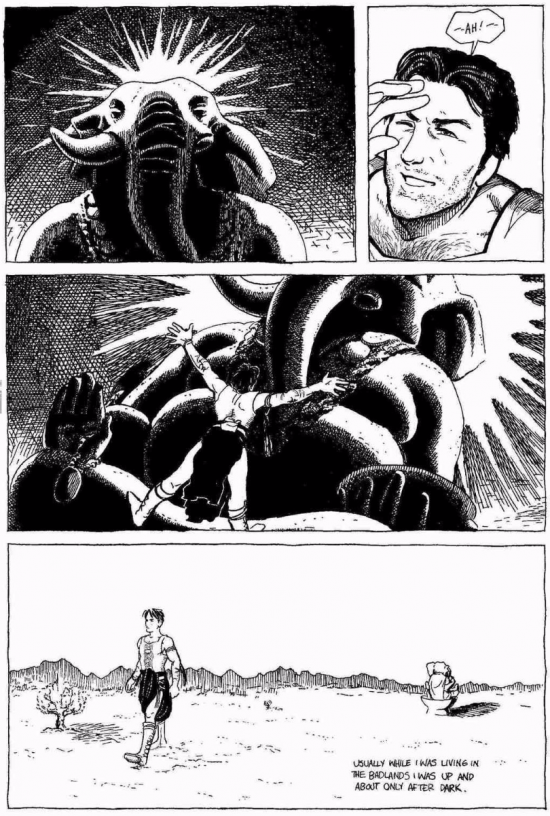 Jaeger’s a jerk, but his jerkiness is about trying to be separate from things he can’t avoid, like his past, his family, and the people in the city who he loves. Those are the folks who make up the rest of the story, because Finder is about far more than just Jaeger.

Finder’s volumes are told from many points of view. Like Marcie, who falls in love with a book, or her mother Emma, who escapes into a virtual reality fantasy world — worlds juxtaposed with worlds, further articulating the story’s themes. 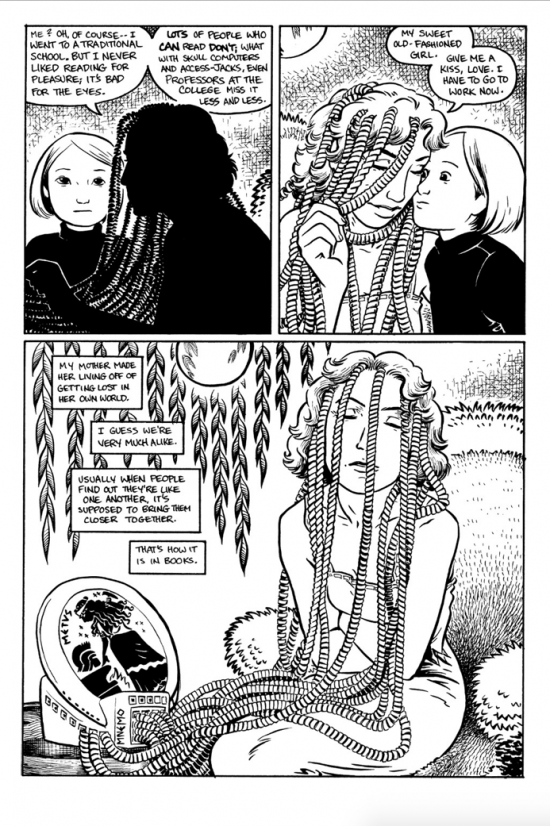 If you like your characters complicated, your world rich and varied, and your adventure full of images and emotions, Finder‘s the journey for you.

Check out our previous posts Bee and the Puppycat, Spacetrawler, Grrl Power, Krazy Kat, She-Hulk, King City, The Whiteboard, Hubris, Akira, The Wicked and the Divine, Saga, Are  You My Mother?, Cairo,  Static, Elfquest and Hip Hop Family Tree!