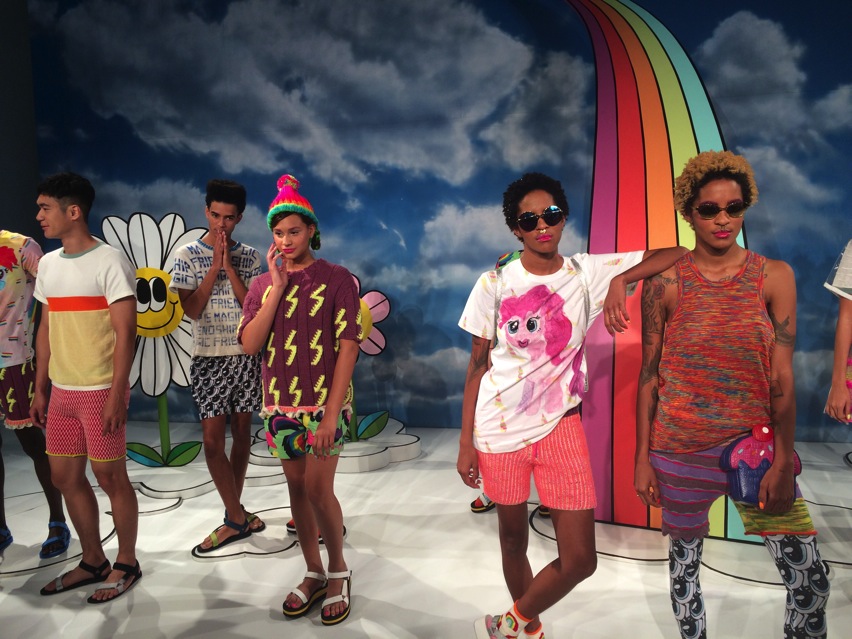 Yesterday, I had the chance to check out DEGEN’s latest amazing collection as part of New York Fashion week. It was presented at Chelsea Piers and was a collaboration with My Little Pony: Friendship is Magic. The collection contained a bunch of brightly colored knitwear which is DEGEN’s specialty as well as amazing accessories and shoes. Behind the models were a bunch of animatronic flowers designed by the artist Chris Uphues. James DeVito from our fabrication department used Adafruit parts (wave shield, servos, metro, and more) to make them move!

I would describe the collection as a beautiful, trippy, happy, rainbow-infused cake party! Because yes, there was cake and it was glorious. 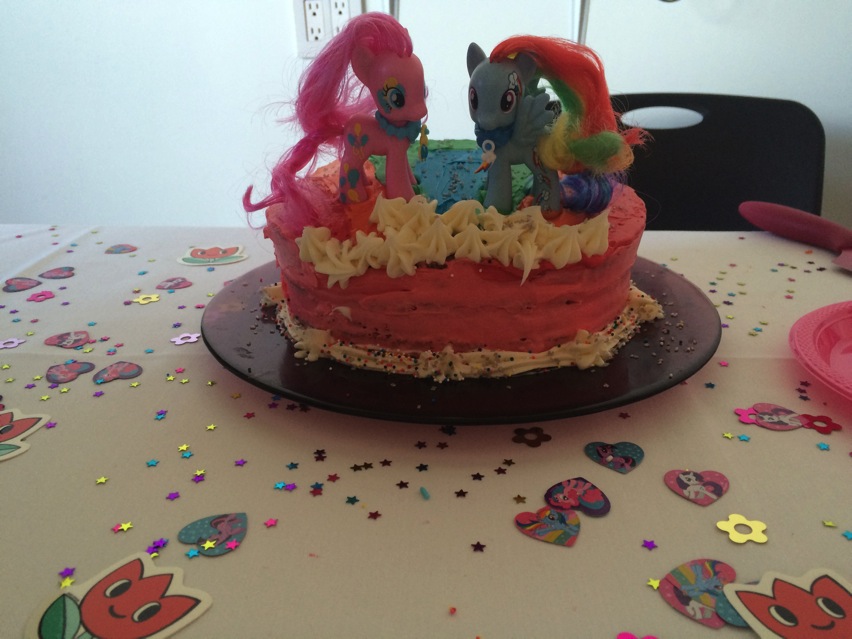 Designer Lindsay Degen began creating her quirky knits at the age of three when her grandmother gave her a set of knitting needles and taught her how to stitch. In pursuit of mastering her skill set, Lindsay attended the Rhode Island School of Design as well as Central Saint Martins in London. After graduating Degen moved to New York City to create her crafty, concept-based collections under the namesake DEGEN.

For her Spring 2013 collection, DEGEN was tapped by iconic American sneaker brand Converse to create custom platform shoes inspired by children’s roller-skates. The collaboration received critical acclaim and marked the beginning of a series of successful collaborations for the brand including partnerships with VPL, Suzanne Rae, Todd Selby, GERLAN and Victoria’s Secret.

After establishing herself as a top designer in the contemporary knitwear scene DEGEN set out to conquer another key market — baby apparel. In the summer of 2013 babyDEGEN made its debut, and was both a critical and commercial success. The line features separates, onesies and accessories made from the softest and most durable fabrics incorporating the same cheeky aesthetic the designer has become known for.

This past January DEGEN won the coveted Ecco Domani Fashion Foundation award, marking her as a designer to watch — one who is constantly cultivating excitement through her quirky and unique creations.

DEGEN currently resides in Brooklyn where all of her pieces are conceptualized and brought to life.

Comments Off on DEGEN S/S 16: Friendship is Magic #MLPLovesDegen @DegenNYC