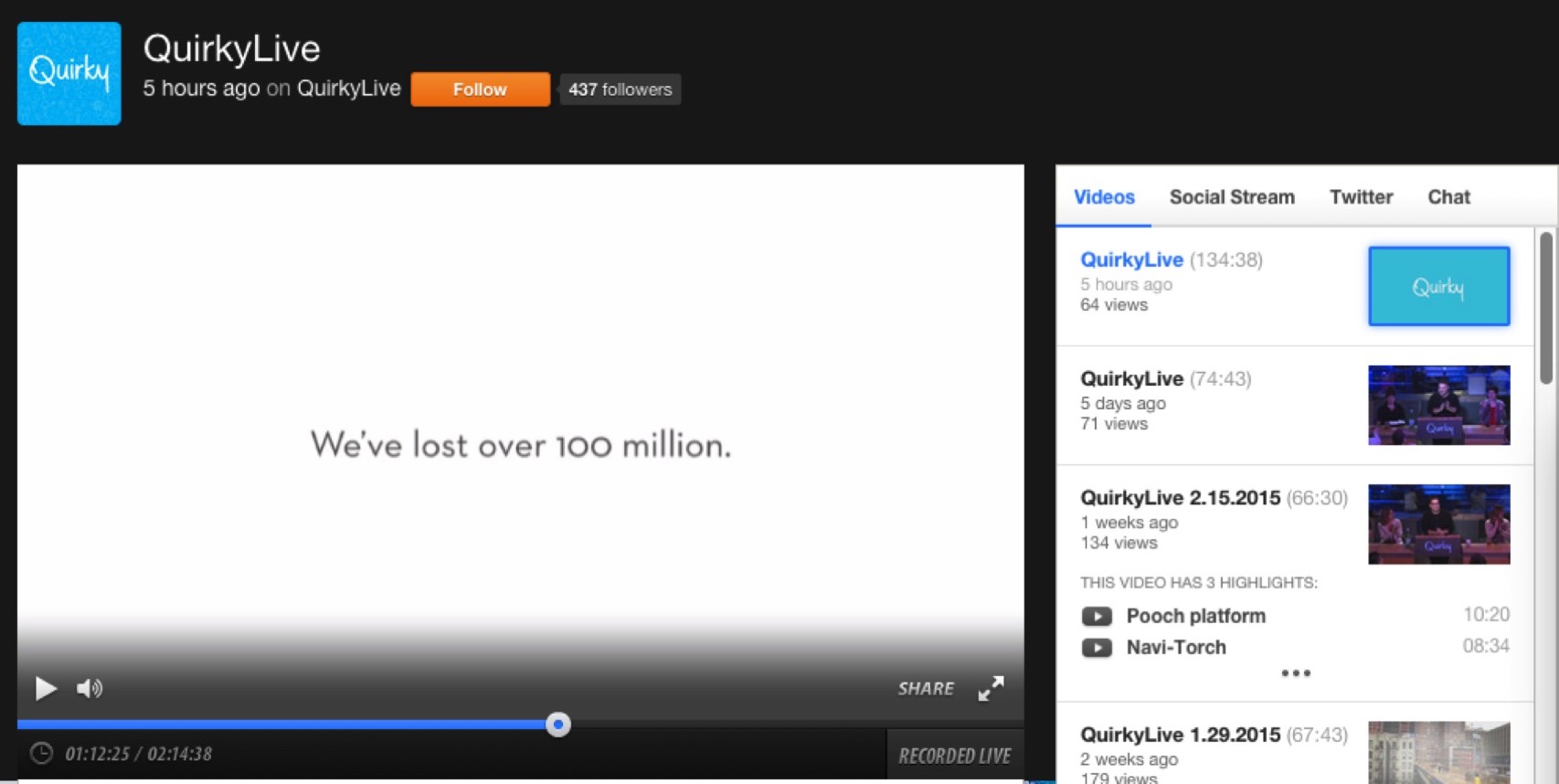 They Were Quirky. Interview with the former CEO of Quirky –

July 16, it would turn out, was not an ordinary Eval. In fact, it would be the next to last one Kaufman ever did. Following the broadcast, he tacked on what he called an “after-party” — a.k.a. a crisis-management session aimed at addressing recent bad press that the company had gotten. In June, in a sweaty interview onstage at the Fortune Brainstorm conference, Kaufman admitted the company was all but “out of money,” which had once amounted to $185 million in funding from investors like Andreessen Horowitz and GE. In July came the news that nearly the entire New York City staff would be laid off. By August 1, Kaufman would officially step down from the company he started at age 22. It so happened that for every Aros-type success, the community had waved in many more duds like the Beat Booster, a wireless speaker with a built-in charging station that by one account cost the company $388,000 to develop but only sold about 30 units.

Quirky was catnip for the press

“The reason why Kickstarter makes a ton of money is they don’t have to do anything besides put up a website,” Kaufman notes.

Which is not meant to be a dig, Kaufman clarifies. He won’t confirm his next venture but says, “I love Kickstarter.” And: “I will likely use it.”

Comments Off on They Were Quirky @NYMag @quirky @benkaufman #makerbusiness