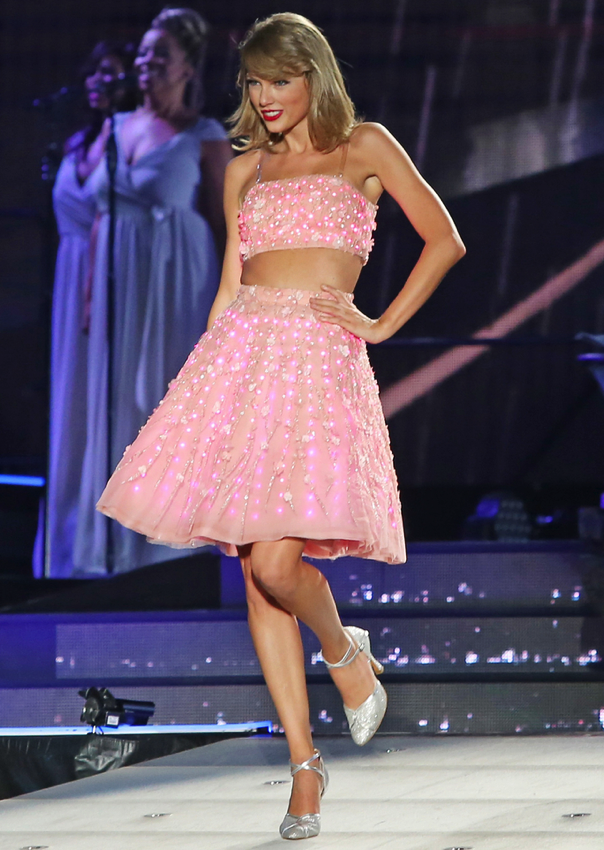 James DeVito works in the fabrication department here at Adafruit and on the side he makes dresses for slightly famous people like this girl Taylor Swift who is a singer or something. James recently got interviewed by In Style about his work on the dress.

Name any pop singer during an onstage performance and chances are her costumes consist of sequins (lots of ’em), sheer pieces in varying degrees of opacity (from semi to completely translucent), body-hugging silhouettes, and frankly, little to no fabric. But Taylor Swift—well, she’s not your average multi-platinum megastar. During her 1989 World Tour, she continues to light up every single sold-out stadium packed with something like 60,000 fans. Literally. She actually lights up.

It’s a song that starts out like any other, with a giant HD screen for a backdrop and the instrumental beginnings of “How You Get the Girl,” complete with the staccato pitter-patter of rain drops for effect. But the crew of 12 backup dancers possess more than just skilled footwork choreographed to perfection—each one is decked in three-piece battery-operated suits lined with LED light strips that run down each seam. The umbrellas they’re holding, too, are striped with LED lights. The climactic moment, though, is when Swift appears in a flash of light, courtesy of her own LED-equipped crop top and skirt set.

“It’s basically an LED screen on a person. Each dancer has 800 pixels spread across the body, which is synched up to the music,” Sheinkopf tells InStyle. “The lighting design for the stage has 35,000 moving parts. It’s definitely the most innovative, progressive lighting system out there.”

That’s not to say that Swift is the first singer ever to wear technology during a performance. Sheinkopf calls out Katy Perry and Rihanna as her predecessors, but it’s “definitely the most complicated wearable lighting system for a stage show. It’s the first time that’s been done with 13 people at once,” he says.

And given that level of complexity, there was definitely no shortage of challenges. For one, the rigorous stunts had to be considered. “When I first saw the dancers rehearsing the routine, I almost fainted,” Sheinkopf says. “I thought it was impossible. We were basically installing computers on them. Electronics on a moving part is always difficult, but it becomes increasingly difficult when it’s a dancer who’s doing backflips or somersaults.” 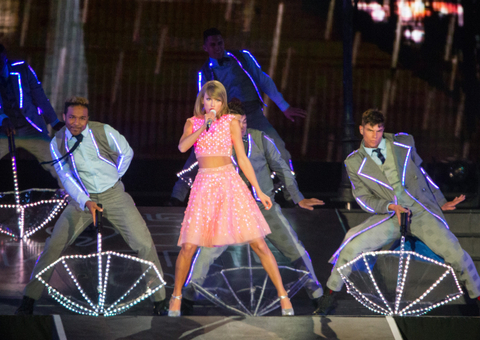