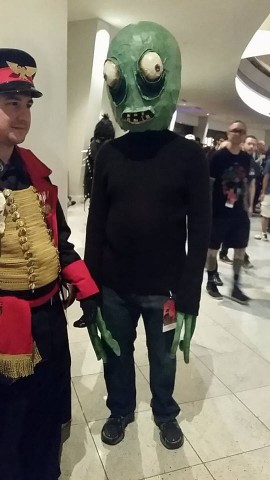 The animated series Salad Fingers has a devoted fan following, but you don’t see cosplay from it often. But of course, that changed at Dragon Con. Redditor MrSmock made a Salad Fingers costume for the convention. He assembled the outfit from head to toe and started by making the head from foam and coat hangers in order to use paper mache to form the base. The costume was started a couple of days before it needed to be ready so he quickly applied layers of paint and crafted individual teeth. He had to make the fingers a couple of times:

This was my second attempt at fingers. The first one we used paper mâché on bananas but they ended up being too fat and not long enough.

To make the fingers, I used a strip of foam and wrapped it around a coat hanger then folded it over and glued it shut over a finger on a black glove.

Additional paint was added to the fingers to give them some texture. 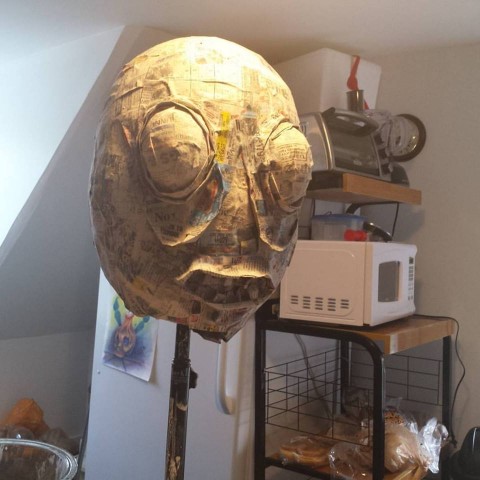 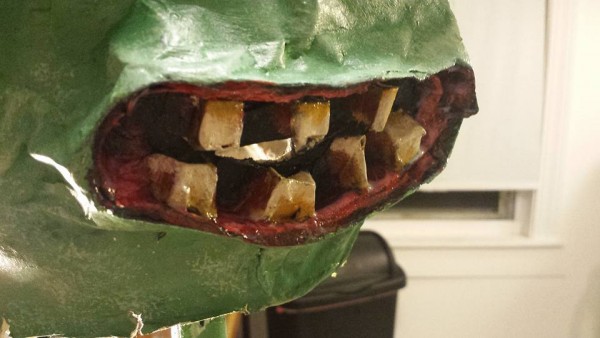 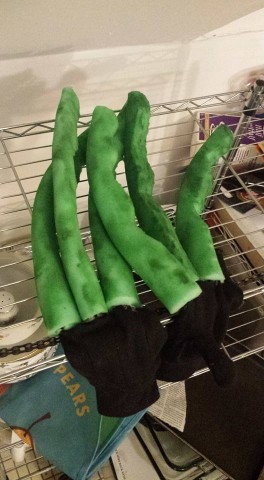 Comments Off on Salad Fingers Costume