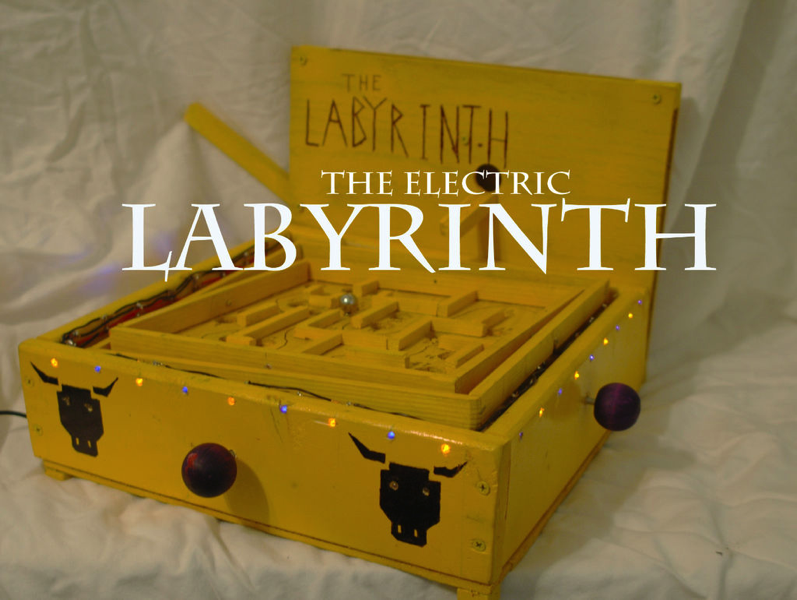 Labyrinth is classic game goodness. This tutorial turns it up a notch by adding an Arduino into the mix. via instructables

Marble mazes (or labyrinths) provide a fun challenge. Their many twists and pitfalls test the player’s speed, control, and accuracy. By the end of this instructable you will have constructed a labyrinth that would have impressed Daedalus, the famous Greek inventor. To enhance the game play, I decided to use an Arduino (because everything is better with an Arduino in it). I was inspired to create my electric labyrinth after viewing Tomatoskin’s awesome instructable. Here is the link to the original: http://www.instructables.com/id/Labyrinth-From-a-S… Although Tomatoskin builds his labyrinth with a single 2×4, I decided to use several different materials. Also, I thought that it was about time that the old fashioned labyrinth had some upgrades. By adding an Arduino, 555 timer IC, LEDs, and a buzzer I was able to transform the labyrinth experience.

My labyrinth is activated when the player pulls down on the lever to the left. This action pulls the ball to the beginning of the maze and communicates to the Arduino that the program must be run. Quickly, the Arduino switches on the yellow and purple lights which line the perimeter of the labyrinth. Because the LED bulbs are wired in a circuit with a 555 timer, they flash in an alternating pattern. That is, they flash yellow, purple, yellow, purple, etc. Simultaneously, the Arduino activates a passive piezo buzzer which plays an ominous and mysterious tune. If the player successfully navigates the perilous maze, they are rewarded with a victory tune. However, if they fall into a hole, the buzzer plays a song of defeat, and LEDs under the maze flash red. Also, the eyes of the Minotaurs on the front of the game glow an icy red. I included a video of the Labyrinth in action below.

Comments Off on Build An Electronic Labyrinth Game With Arduino