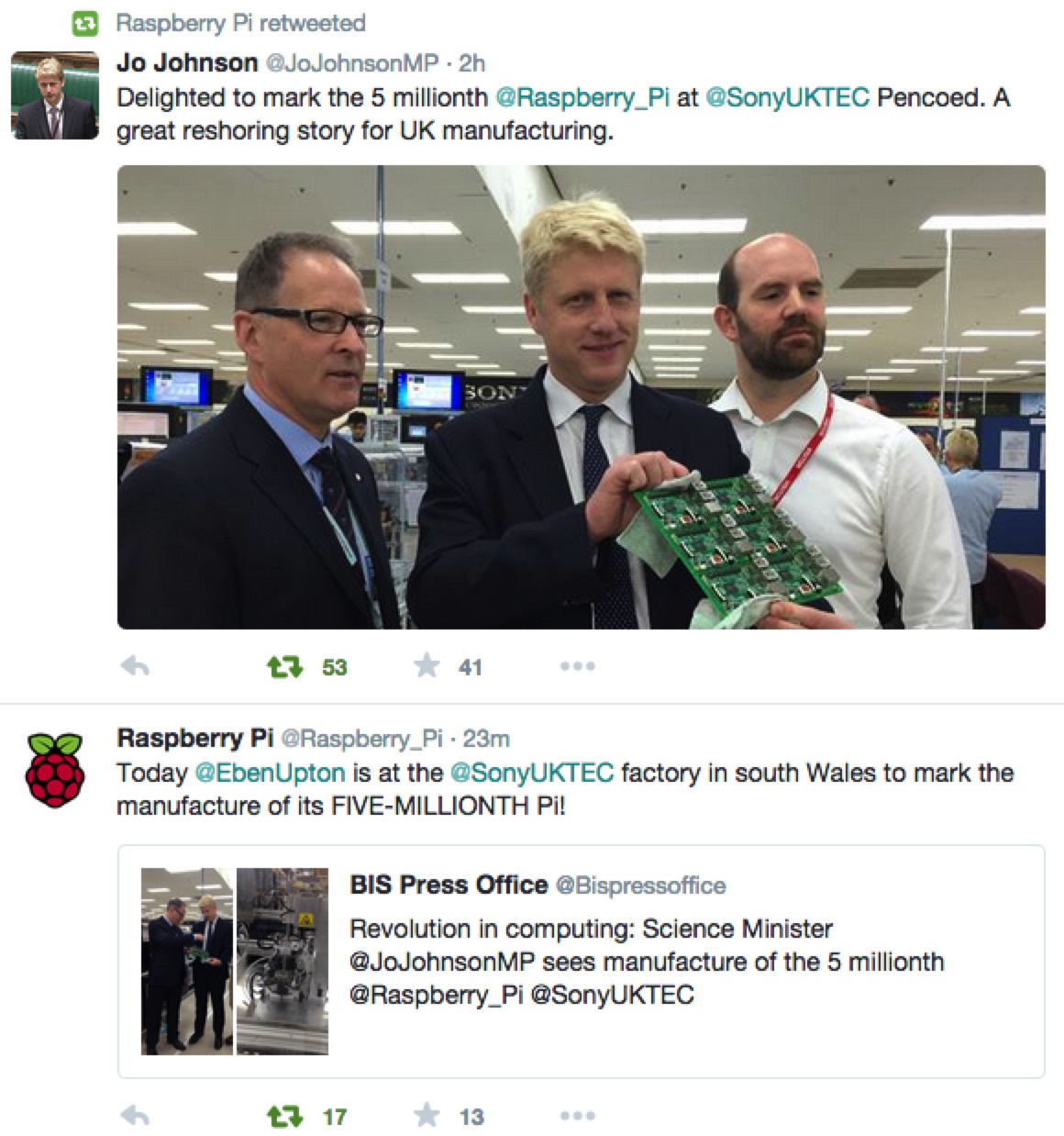 Wow! Looks like there are now 5m Pi units! Shipping/selling over 100k+ units a month, we’ll try to confirm more details, at Maker Faire and more, congrats Pi team and community on a 5 MILLION PI milestone!

Here are the previous market share, stats and Pi numbers!

Two years ago today*, the Raspberry Pi Model B went on sale, selling 100,000 units on the first day. Since then, over 2.5 million Raspberry Pis have found homes with hobbyists, children and professional engineers around the world.

2 million Raspberry Pis as of October 2013 via MAKE.

“We’ve mostly been busy on software this year. A lot of the work we do is software work,” said Eben in response to a question about hardware updates. “The reason we focus on software is that software improvements benefit– we just got past the two million mark. We were wondering when we’d get past the two million mark. It turns out, the end of October.” He went on to explain that the software improvements benefit the entire userbase, but did talk a little bit about his possible plans for hardware revisions such as power supply improvements and that they may “play around with the form factor a little bit.”

How many Raspberry Pis are there? 1.75 million sold so far – and 1 million made in the UK. Posting this up for future Raspberry Pi marketshare research-

The really big news today is that the Pencoed factory has made its millionth British Raspberry Pi. Add these to the existing Chinese ones, and that makes one and three quarter million Raspberry Pis out there worldwide.

“The Raspberry Pi foundation expects over 1 million units to be shipped within a year”
1 Million Pis.