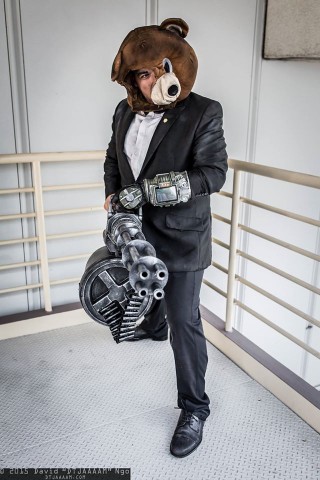 Bethesda’s Fallout 4 isn’t out until November, but as has become common, cosplayers have already completed ensembles from images seen in the trailer. The trailer was released in June, so they’ve had a few months to get to work. Ricky Perez, also known as Hectec Design, focused on the guy in a tux wearing a bear head and holding a gun. You can see a screenshot below. Perez prepped the costume for Long Beach Comic Con and though he still has some things he wants to fix, it’s more than accurate enough to wear. Perez has built a few other items from the Fallout series including a Pipboy and a laser rifle. You can see photos of his work at his Facebook page. 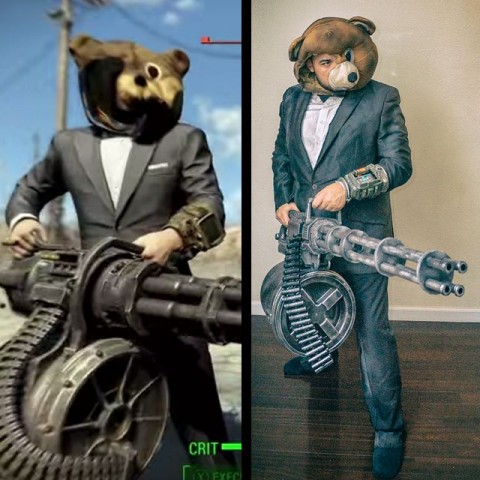