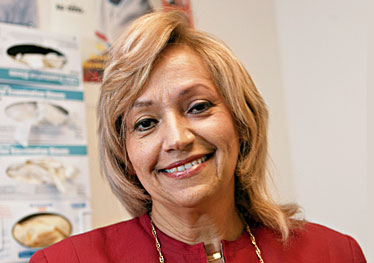 Latinos are three times as likely as non-Hispanic whites to suffer from potentially life-threatening diabetes. They are far more likely to be plagued by asthma and hypertension too.

While politicians may pay lip service to the injustice and dangers of such disparities, Dr. Giachello has rolled up her sleeves to take these scourges head on. She founded the Midwest Latino Health Research, Training and Policy Center at the University of Illinois at Chicago 12 years ago.

The center has since become a national model for engaging community leaders, rather than outside “experts,” in collecting data, assessing medical needs and developing plans for combatting health problems that disproportionately affect Latinos.

“There are cultural elements to providing care that even top non-Hispanic students don’t understand,” she says. “A lot of what we do comes down to building trust,” says Giachello, who grew up in Puerto Rico. “We have a lot of work to do.” 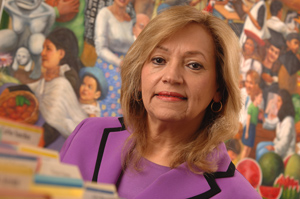 She was also acknowledged in Congress by Hon. U.S. Senator Durbin and in Illinois by Secretary of State, Hon. Jesse White, during the Hispanic Heritage Month and in 2007 by the US Congressional Hispanic Caucus .