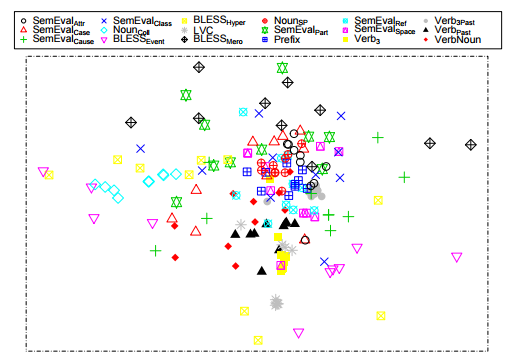 Computational linguistics has dramatically changed the way researchers study and understand language. The ability to number-crunch huge amounts of words for the first time has led to entirely new ways of thinking about words and their relationship to one another.

This number-crunching shows exactly how often a word appears close to other words, an important factor in how they are used. So the word Olympics might appear close to words like running, jumping, and throwing but less often next to words like electron or stegosaurus. This set of relationships can be thought of as a multidimensional vector that describes how the word Olympics is used within a language, which itself can be thought of as a vector space.

And therein lies this massive change. This new approach allows languages to be treated like vector spaces with precise mathematical properties. Now the study of language is becoming a problem of vector space mathematics.

Today, Timothy Baldwin at the University of Melbourne in Australia and a few pals explore one of the curious mathematical properties of this vector space: that adding and subtracting vectors produces another vector in the same space.

The question they address is this: what do these composite vectors mean? And in exploring this question they find that the difference between vectors is a powerful tool for studying language and the relationship between words.

First some background. The easiest way to think about words and how they can be added and subtracted like vectors is with an example. The most famous is the following: king – man + woman = queen. In other words, adding the vectors associated with the words king and woman while subtracting man is equal to the vector associated with queen. This describes a gender relationship.

Another example is: paris – france + poland = warsaw. In this case, the vector difference between paris and france captures the concept of capital city.

Comments Off on King – Man + Woman = Queen: The Marvelous Mathematics of Computational Linguistics