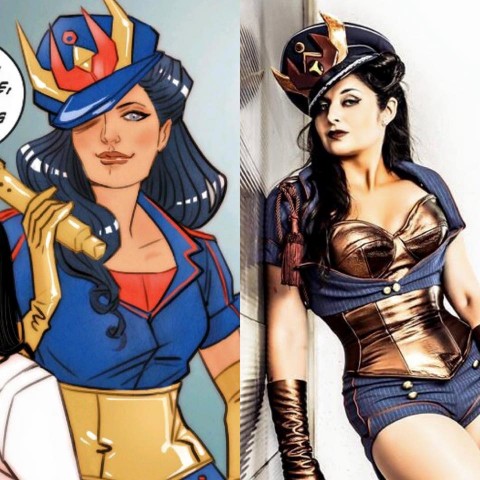 Cosplayers make costumes inspired by comic books, and sometimes costumes in comic books are inspired by cosplayers. Kimi of Golden Lasso Cosplay joined a DC Comics Bombshell cosplay group for San Diego Comic-Con 2014. The costumes in the group were inspired by a line of statues issued by DC and designed by Ant Lucia. Not every character in the group had a collectible statue — like Big Barda. Kimi took the Bombshells style and designed a costume for Big Barda. And now, the Bombshells are starring in a comic book series from DC, and DC is using Kimi’s Big Barda costume design in the comic. It comes full circle.

Comments Off on When Cosplay Inspires Comics