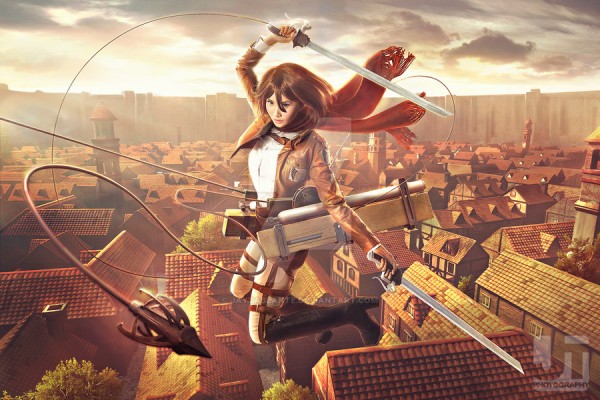 In Attack on Titan, members of the Survey Corps try to reclaim territory from the Titans — usually unsuccessfully. Mikasa Ackerman is a member of that military group and photographer Jay Tablante worked with cosplayer Alodia to give her Mikasa cosplay a little something extra. He shot images of Alodia in front of a white background, and Moo Digital created a composite with the two photos that captured the best combo of Alodia’s torso and leg poses. The composite was then handed off to Cutting Edge, and they dropped in the CG background seen in the above image. It’s a cool example of what can be achieved with photography and digital backgrounds.

This is one of the behind-the-scenes photos: 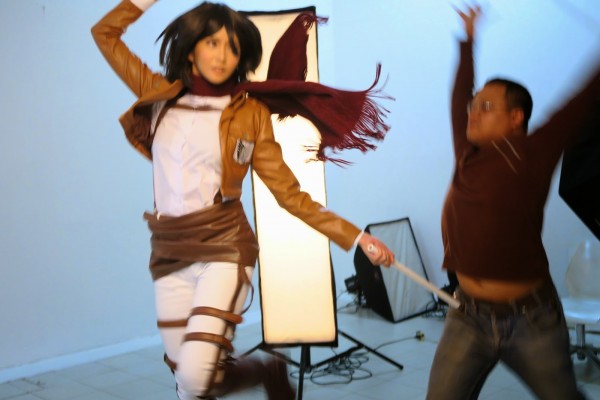 Comments Off on Epic Attack on Titan Cosplay Shoot