A New Lightsaber Cane for Peter Mayhew, a.k.a. Chewbacca 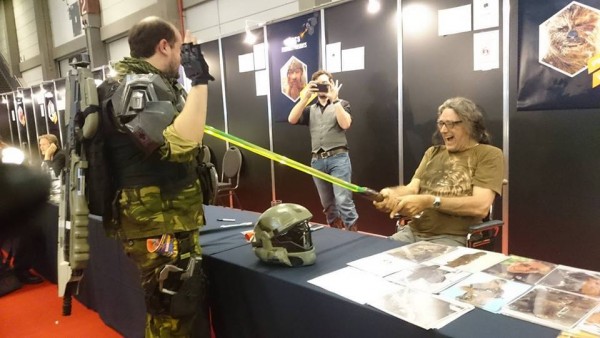 The team at Dutch Props has crafted helmets, cosplay, and weaponry from franchises such as Star Trek, The Muppets, and Halo. They sell both finished and unfinished props and use 3D printing to make their props as screen accurate as possible. They recently used their skills to create a surprise for Peter Mayhew. The actor who plays Chewbacca in the Star Wars films appeared at Europe’s comics/sci-fi/anime festival FACTS on September 26-27. Mayhew is known for using a cane that looks like a lightsaber to help him get around, and Dutch Props decided to make him a new one.

They based the hilt of the lightsaber cane on a design seen in the animated series Star Wars: The Clone Wars. A Wookiee Padawan named Gungi built his green lightsaber with a hilt constructed from a strong wood. Dutch Props replicated that by modeling and 3D printing the hilt and filling it with Smoothcast. The blade/cane portion was cast from green fluor acrylic. 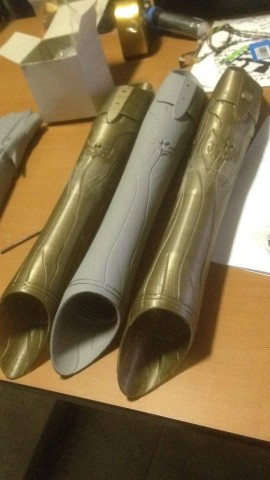 via The Replica Props Forum on Facebook, photos via Dutch Props

Comments Off on A New Lightsaber Cane for Peter Mayhew, a.k.a. Chewbacca