VEC9: the first vector arcade game to be released in 30 years

VEC9 is a vector arcade game that will be released on November 7th at the vintage / vector / indie-game haven Logan Arcade in Chicago. From the press release:

The hardware and game were developed over several years by Andrew “Batsly Adams” Reitano, Mike Dooley, and Todd Bailey. The monitor originally started with a Craigslist whim — and ended with a custom designed, FPGA based vector video card, a gunner’s control from an M1 Tank, a separate monochrome HUD, an air raid siren, and a fully functional ruble acceptor. It uses a salvaged Asteroids monitor, which is an analog X-Y display not unlike an oscilloscope. It trades color and speed for essentially infinite resolution and (monochrome) brightness.

The trailer is above – you can go to their site to see more! About the game:

In 1984, a top-secret Soviet initiative launches Russia’s final attempt to win the space race AND the cold war.

Nuclear-powered laser-armed bombers are stationed in orbit, their pilots cryogenically frozen to mask their heat signature. The iron curtain falls. Thirty years later, the last forgotten Soviet radio beacons sputter to a halt. Unable to re-establish contact with the non-existent Soviet Command, Station VEC9 has no choice but to assume that the USSR has been destroyed by capitalist deceit and nuclear fire.

VEC9’s mission: to avenge Mother Russia, to punish imperialist aggression, and to destroy tyranny and the American way of life for the safety of the Communist world. 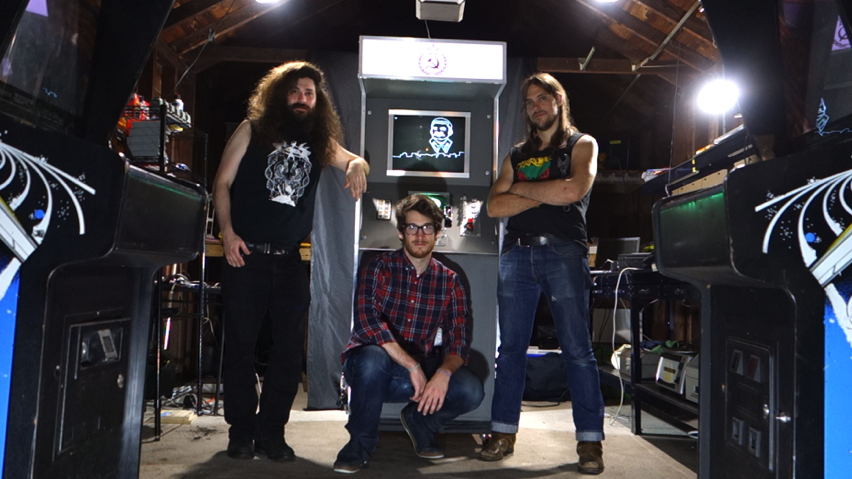 Comments Off on VEC9: the first vector arcade game to be released in 30 years