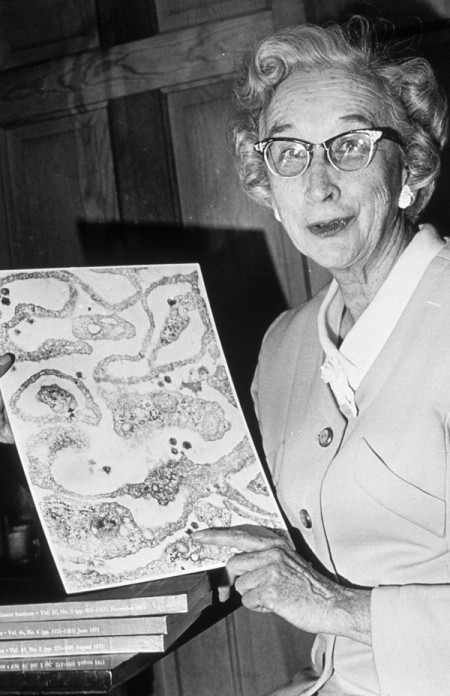 Dr. Sarah Elizabeth Stewart was born on August 16, 1905 in Tecalitlán, Jalisco, Mexico. In 1949 she became the first woman to be awarded an MD Degree from Georgetown University School of Medicine.

Following her graduation, she went to NIH to the lab of Dr. Bernice Eddy, where Stewart and Eddy developed an interest in researching viral links to cancer based on the pioneering research of Jonas Salk in developing a vaccine for the virus which caused polio. The Salk vaccine was probably contaminated with a virus – that proved to be simian virus form the Monkey kidney in which the Polio vaccine virus was grown. Stewart and Eddy were credited with discovering the first cancer causing, or Polyomavirus in 1953. 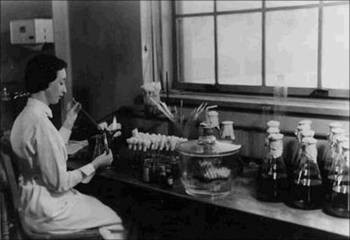 Stewart and Eddy were successful in growing the virus in 1958 and the SE (Stewart-Eddy) polyoma virus is named after them. Stewart was the first to successfully demonstrate that viruses causing cancer could be spread from animal to animal. Stewart and Eddy were nominated several times without success for the Nobel Prize. Dr. Stewart returned to Georgetown to teach in 1971 and then retired to Florida.