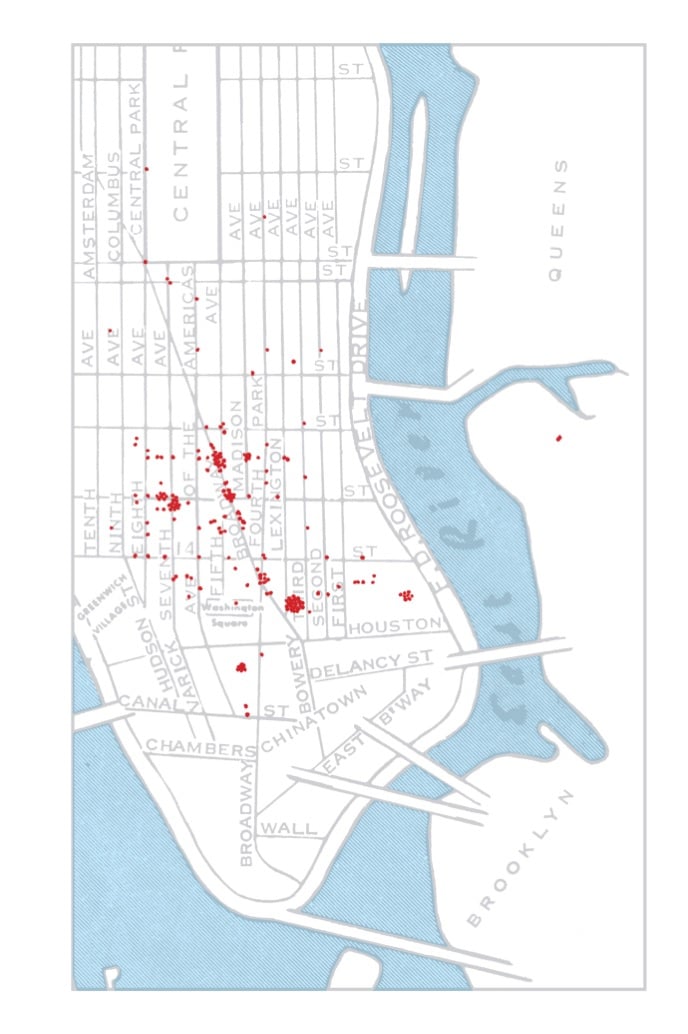 Wonderful read from The New Yorker on the now deceased Harry Everett Smith and his paper airplane collection. Click through to see images of the beautiful airplanes.

Smith’s paper-airplane collection was one of the oddest of his many odd collections. (Among other things, he also accumulated string figures and Ukrainian Easter eggs.) Most of the paper airplanes were found in the streets and buildings of New York. (The map below plots the locations). Smith was “always, always, always looking” for new airplanes, one friend said: “He would run out in front of the cabs to get them, you know, before they got run over. I remember one time we saw one in the air and he was just running everywhere trying to figure out where it was going to be. He was just, like, out of his mind, completely. He couldn’t believe that he’d seen one. Someone, I guess, shot it from an upstairs building.” It’s not clear how many airplanes Smith collected in total; he would flatten them for storage, and friends recall seeing boxes and boxes of them. Smith’s “spiritual wife,” the Beat muse Rosebud Feliu Pettet, estimated that there were “multiple” boxes, “more than two, less than fifty.” Friends recall that Smith donated the bulk of his paper-airplane collection to the Smithsonian in the eighties. The museum sent a box containing two hundred and fifty-one planes, which he picked up between 1961 and 1983, to the Anthology Film Archive in 1994, at the request of the director of Smith’s personal archive, but it’s unclear what happened to the rest. The photos in this slide show are taken from a new collection, by J & L Books and the Anthology Film Archives, that contains images of all the airplanes in the surviving box.

Comments Off on The Paper Planes of New York #ArtTuesday