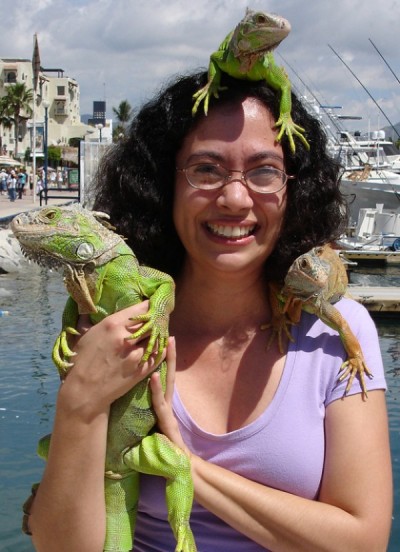 Christianne Meneses Jacobs was born in Managua, Nicaragua. Her father, Enrique Meneses, who was a lawyer and vice president of the National Liberal Party, who had been jailed more than once in Nicaragua for political reasons. Due to the Sandinista National Liberation Front and their coup d’état, the main opposition was the Contras. The hectic situation tied a lot of foreign countries into the mix to choose sides, including the United States among many others. The fighting and the food shortages were massive problems at this time.

Meneses Jacobs recalled that “The Sandinista revolution occurred when I was eight years old. I remember the civil war and the attacks on small towns.” The Meneses family fled Nicaragua via Los Angeles in 1988 when Meneses was only 17. 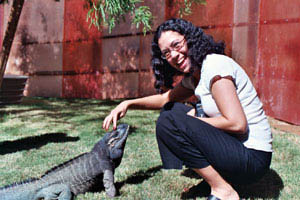 Once in the US, her biggest difficulty was the language barrier. “The most challenging part was that I was a senior in high school in Nicaragua but I was placed in 10th grade at Los Angeles High School because I did not speak English well. It was also challenging that although I had studied English in Nicaragua I could not understand it in the U.S. That lasted for my first four months and was very frustrating.” She credits her high school teachers in helping her to overcome her difficulty with the language. She said, “They encouraged me every day to rise above expectations. I will always be grateful to them for I would not be who I am now without their nurturing and encouragement.”

“My husband and I created Iguana because we are raising our daughters in a bilingual environment. We searched, but could not find quality literature originally written in Spanish. Our desire to read in Spanish to our oldest daughter, who was three years old at the time, inspired us to start Iguana. We researched the idea for about a year and discovered that there is no other Spanish language magazine for children published in the United Sates. We were encouraged by the positive responses to the idea by librarians and teachers.”

“The mission of Iguana is to serve as a tool for Spanish language retention and Latino cultural preservation. Our primary audience is Latino families with children who are growing up learning Spanish. Additionally, schools with dual language programs, bilingual families, libraries and Anglo families who want their children to learn Spanish, as recommended by their teachers.”