What is going on at MakerBot ? Our take @makerbot @stratasys #makerbusiness 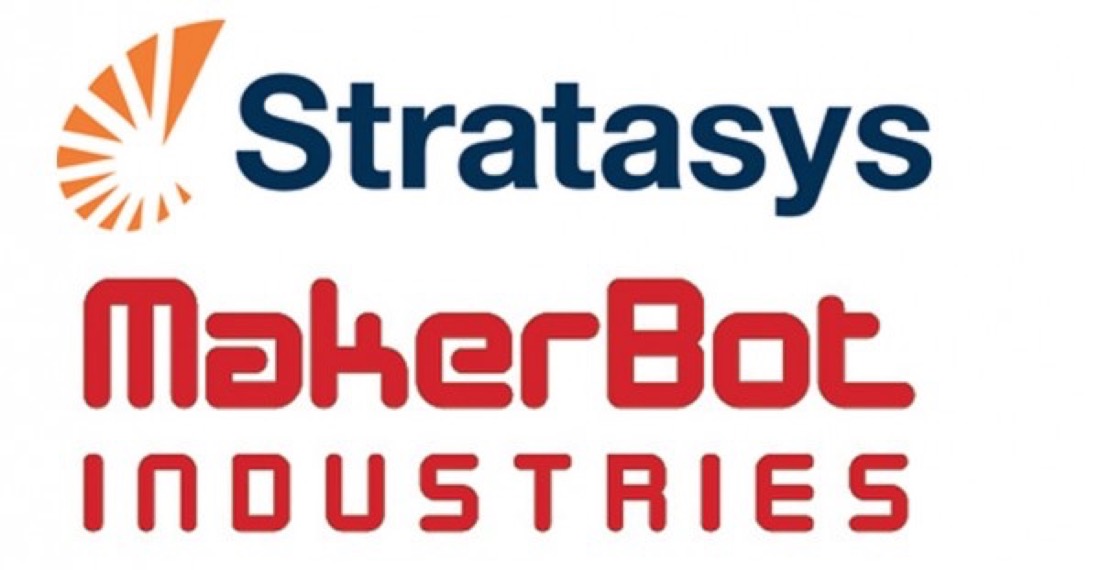 Just getting to this news from Thursday 10/8/2015 – some big news @ Makerbot – “MakerBot Reorganizes to Adapt to Market Dynamics and Prepare for the Future” – Jonathan Jaglom the new CEO of MakerBot.

Over the past six months, since I joined MakerBot as CEO, I’ve been incredibly impressed by the passion and talent within our company and community.

We have achieved a lot as a team, but we have also been impacted by the broader challenges in our industry. For the last few quarters, we did not meet our ambitious goals and we have to make significant changes to ensure MakerBot’s future growth and success. In order to lead our dynamic industry, we need to get back to our entrepreneurial spirit and address our fractured organizational structure.

Having had time to get deeply rooted in our business, understand our challenges, and learn the strengths of our managers, we have been working on a plan to move us toward a stronger future.

We have spent a lot of time evaluating the market and understanding our customers so we can make plans on how to move forward strategically. These decisions were not taken lightly. Today we will part with some of our exceptionally talented and hard working colleagues, and I’d like to thank them for their commitment and contributions.

Starting today, we are making significant changes including:

I brought on Kavita Vora as our Chief of People to create a company and culture that is focused on our people. Nothing is more important to me. I have also bolstered our company by adding Nadav Goshen as our President. Nadav and his teams are focused on building out our world-class ecosystem and supporting our community better than we ever have. He will ensure that strategy around our product offering, ecosystem and brand are in full alignment.

For us to succeed, our employees, customers and community will be our #1 priority. I remain highly optimistic about MakerBot and I am excited about our future.

On the biz side of things and the market –

MarkerBot, a unit of the U.S.-Israeli 3-D printer maker Stratasys, said Thursday it was laying off a fifth of its staff and taking other cost-cutting measures, citing a failure to meet sales goals. “For the last few quarters, we did not meet our ambitious goals and we have to make significant changes to ensure MakerBot’s future growth and success,” CEO Jonathan Jaglom said in a statement. It was the second wave of layoffs this year  for the company. MarkerBot was acquired by Stratasys — which in contrast to MarkerBot’s consumer line of 3-D printers is focused on industrial applications — for $600 million back in 2013. Other spending cuts call for consolidating research and development at MarkerBot’s Brooklyn headquarters and contracting out manufacturing of fourth-generation products. Shares of Stratasys were 4.7% higher at $31.67 at midday local time in New York.

Our take… (but first some background) we “interviewed” the new MakerBot CEO, Jonathan Jaglom awhile ago, we say “interviewed” in quotes because it wasn’t typical, we did the best we could given the constraints we had, Makerbot said no recording and we gave them final approval for the text we posted. We would very much like to do a video interview or have Jonathan on our show(s).

One of the challenges is we sell electronics, we happen to be a large media publisher now too (11m+ page views / 2m uniques a month) – we do not have sponsors, loans, advertising or venture capital, we are independent. We were also a reseller of MakerBots back in the day, and Phil, who works here at Adafruit, hired Bre, who later became the first MakerBot CEO after working at MAKE Magazine, Bre was a school teacher almost a decade ago – so there’s history (you can see interviews with Bre here that Phil did as MakerBot took funding, went closed source and more).

We’re a NY based company, we will support and encourage NY based companies to thrive, manufacture here and more. All that being said, this obviously isn’t good news, a 20% cut in staff and “Working with a contract manufacturer” means layoffs and outsourcing, it will save costs short-term, long term, we’ll all wait and see. Makerbot shipped what is widely considered a dud with the 5th gen, there is a class action lawsuit against Makerbot/Stratasys, Adafruit broke that story. There is Stratasys trying to DRM 3D printing filament and impairment charges. The former CEO Bre Pettis is out, so is Jenny Lawton who was CEO of MakerBot for about 5 months, now is Chief Strategy Officer at littleBits which just got $44.2M more in funding. Lots happened.

Some of the positives, Kavita Vora as Chief of People – we don’t know Kavita or this role, however one of the biggest sources of feedback about Makerbot comes from the current and past staff, having a person dedicated to the well being and culture is something we’ve heard was and is needed from their teams, if you can have motivated, caring amazing people, you’ll get amazing products and innovations. She was an HR Director at HP, a hardware company, in a challenging space, looks like they found someone with great experience.

One puzzle however is Jonathan Jaglom the new CEO of MakerBot added, or in his words, “bolstered” Nadav Goshen as President of Makerbot. The blog post doesn’t say much other than “he will ensure that strategy around our product offering, ecosystem and brand are in full alignment”. We emailed the PR folks at Makerbot, just to confirm who it is, here ya go:

Not in the 3D printing space, not writing/speaking about 3D tech and not in the community of 3D printing. Former CEO of “Sweet IM. Sweet IM, the No. 1 source for emoticons and animations for those who wanted to chat and communicate online.” In the about.me profile “Business turn-around” is listed, so perhaps this is the focus. The elephant in the room at any time talking about MakerBot is the Stratasys stock price, so it’s not like they’re going to say anything other than “it’s all going to be OK!!!”.

One thing we do not see in articles is any mention of how the parent company, Stratasys is more connected to Makerbot now than ever, it’s literally a father and son operation. The new MakerBot CEO Jonathan Jaglom, is the son of the Chairman of the Board of Stratasys, Elchanan (Elan) Jaglom. Even with that being said, one of the things that concerns us is the Jonathan Jaglom the new CEO of MakerBot when visiting Adafruit didn’t know that we had a blog that has thousands of 3D printing posts, the longest running weekly 3D printing video show (or that our Thingiverse section is one of the most popular). Seeing Nadav Goshen as president without any 3D printing community/business experience adds to some concern. Where is his Thingiverse profile and things he’s made? We’re not suggesting he just does 3D models, but between Jonathan and Nadav, show us some things you’ve printed!

We’re cautiously optimistic about Makerbot, it’s just how we are. If we didn’t want to see things get better, we’d just post about the 3D printers we stock and not waste time thinking about this. There are a lot of great folks who work at MakerBot, management changes, but the teams that do the work, it’s your company to steer where it needs to go, hopefully the gothy weirdos at Adafruit have some insights that are helpful.

On one hand MakerBot is trying, hard, to get things working, on the other hand they’ve ignore and refused to listen to the community for years and seem to be installing a lot of friends and family of the parent company, not from the community they’re going after. In the last few years, the market decided, and the decision was not purchase Makerbots after a series of product issues and changes in how Makerbot does things. As alternatives to Makerbot hit the scene more recently, they have become the printers of choice for the community.

We have sent this post to Johan-Till Broer, Public Relations Manager, Makerbot and invited him to provide any corrections/comments and also asked him to send this to MakerBot CEO Jonathan Jaglom and MakerBot president Nadav Goshen for any comments, we’ll post them up exactly as we get them and we’d very much like to have them on one of our 3D printing shows.

Post up in the comments with your thoughts, be excellent 🙂

Comments Off on What is going on at MakerBot ? Our take @makerbot @stratasys #makerbusiness