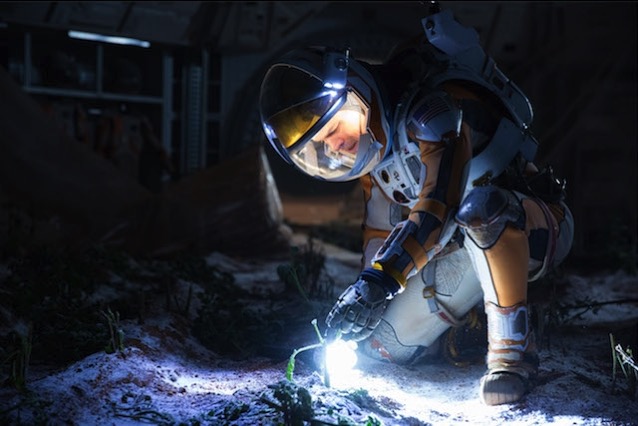 Getting to Mars is hard. Some say it’s impossible. Astronaut Mark Watney (Matt Damon), however, the protagonist of Ridley Scott’s shiny new space blockbuster, The Martian, does a lot of seemingly impossible things, like growing space potatoes from his own poop and surviving a stab wound on a planet with no atmosphere. But Scott and Andy Weir, the author of the eponymous book the film was based on, can focus on the problem of Bear Grylls-ing space thanks to some A+ deus ex machina in the form of Hermes, the space taxi that takes astronauts on the fictional Ares missions to and from Mars. In order to get the biggest instance of “fi” in the sci-fi epic right, Fox turned to NASA, and to David Sheldon-Hicks’ Territory Studio, to design the inner workings of the spaceship.